Discussions have begun over the government’s Strategic Fuel Breaks program, set to come to this region in the next few months.

The program is described here. There are two kinds of break:

—Asset protection breaks, to be set up around settlements. These consist of areas 40 metres wide, mown down to 10 centimetres, and maintained permanently in this state. In principle, FOBIF has no problem with this program. In fact we’ve been banging on for years about the desirability of focussing safety measures around settlements. 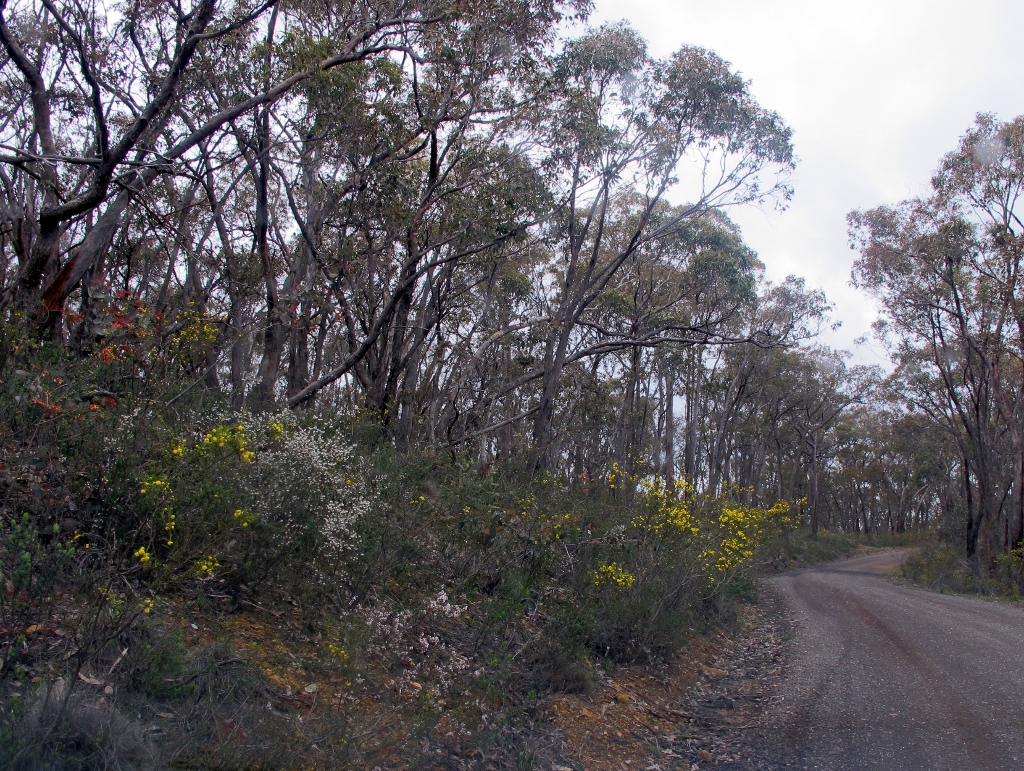 Fryers Ridge road: we’re concerned to see the detail of how a Landscape Protection break would look along this road.

Asset protection breaks were noted in the recent draft Bendigo bushfire mitigation plan as ‘the most urgent works’ for that region. Interestingly, however, they appear to have lost priority, because of the complexities of working with settlement boundaries. Instead, the project in this region seems to be focussing on

Landscape Protection breaks. These are also up to 40 metres wide, along roads through forested areas.

The details of these breaks are less clear. According to the DELWP website,

‘Depending on their purpose, Strategic Fuel Breaks are fuel reduced areas up to 40m wide, that once established, will resemble open grassy wood or heath lands. They involve the permanent reduction of bushy vegetation through mulching and slashing, and the removal of hazardous trees and impediments to maintenance such as stumps, logs and branches.’

Could the fuel reduced areas in these forest breaks be ‘grassy wood or heathlands’? And what, exactly, would that mean? We have received mixed messages on this. At a meeting in the Fryers Forest last Friday, representatives of FOBIF, the Castlemaine Field Naturalists and local landcare met with project leaders to clarify the question. The answers were encouraging, but the matter is still under discussion.

In the meantime, FOBIF’s position is that

–Asset protection breaks should be a priority, and that

–Landscape Protection Breaks might be a good idea—depending on how they’re implemented. Given that breaks are proposed to run the length of the Fryers Ridge and Porcupine Ridge roads, and several other environmentally important parts of our bushlands, this is a vital point. We’ve repeatedly had problems with managers’ trackside maintenance (for a sample horror story, check here), and are fearful of repeats on a grand scale.

A further point is that the Strategic fuel breaks program seems to be independent of the Fire Operations plans. We’re confused by this and are seeking clarification.