A walk on the high side

A small group took on FOBIF’s August walk in brisk sunny weather yesterday. The route started below the Expedition Pass spillway and negotiated the western end of the Reservoir and up to the highest point of Specimen Gully Road, then back along the top of the ridge above the Res. 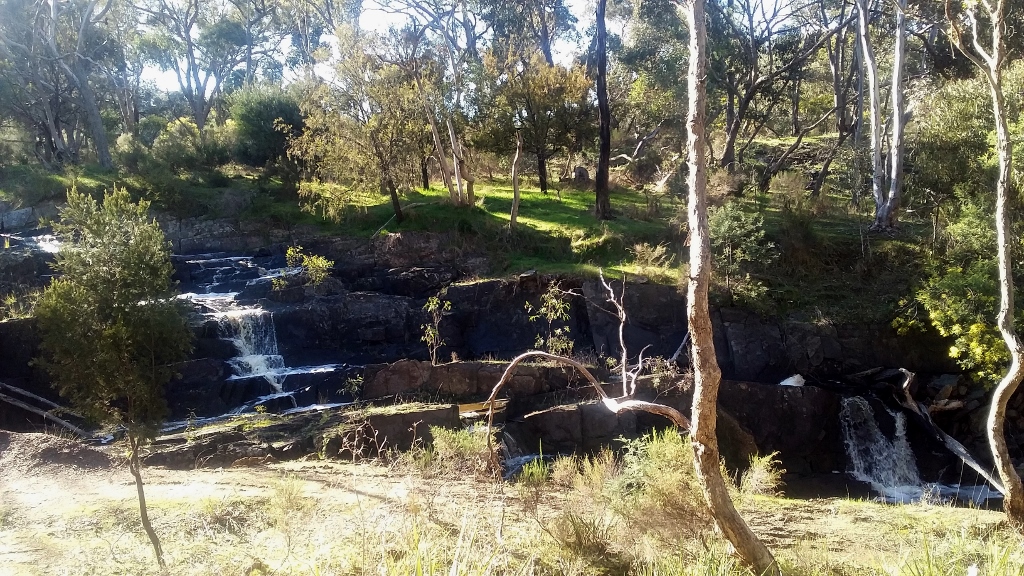 The spillway, Expedition Pass reservoir, August 15: the water is not an everyday sight.

The spillway was flowing freely—not something you see every day of the year. Hovea and Hardenbergia were in prolific flower, some unusually grand Stringybarks were passed along the way, and the views from the ridge top were, as expected, exhilarating–taking in a sweep from Mount Alexander around to Macedon, Franklin and Kooroocheang.

The distance covered: between 9 and 10.8 kilometres—the best minds in the group were unable to reach agreement!

Our thanks to Barb Guerin and Lionel Jenkins for devising a terrifically interesting route, and negotiating passage from no less than five landowners.

Next month’s walk is planned for the Muckleford Forest. Given the possibility of changed virus regulations, please check the website before the due date. 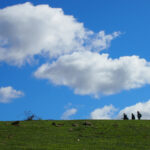 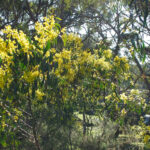 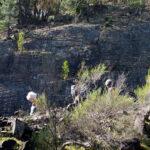 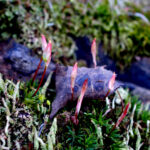 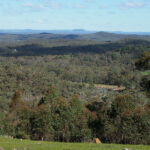 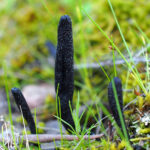 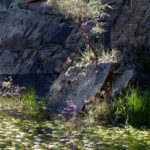 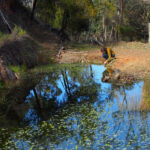 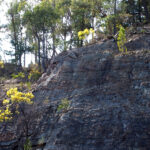 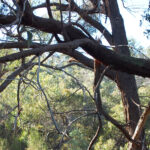 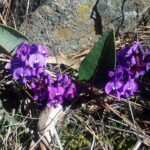 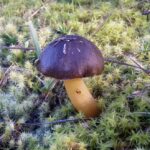 3 Responses to A walk on the high side