Coming down to earth

Mount Alexander Shire has released a draft Environment Strategy 2015-2025 for public comment. The draft can be found here

FOBIF will be making a brief submission on the draft, and urges members to do likewise. At first sight, the document looks fatally infected with woolly jargon [‘The overarching challenge is to move from an exploitative relationship with our planet to a symbiotic one, both in spirit and action’] and grandiose aims [‘Environmentalism and sustainability become mainstream’], and weak on specifics—but we’ll be making a perhaps more considered response to the draft by the closing date of May 14. 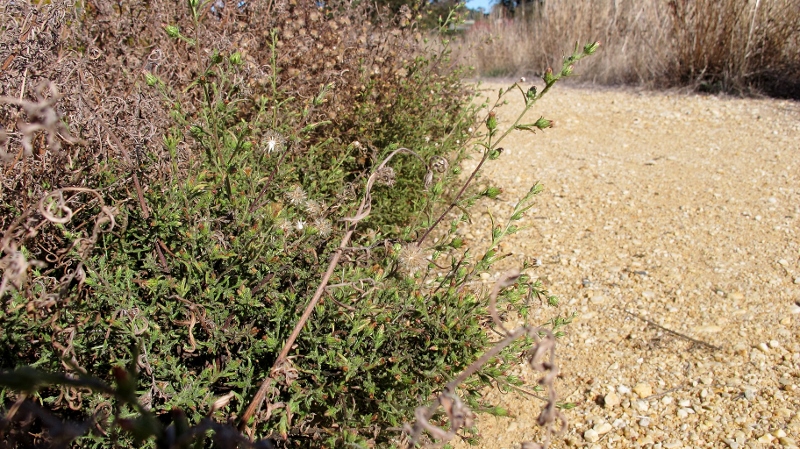 Stinkwort on the Colles Rd footpath: there are outbreaks on major and minor roads in the region, and they look as if they’ve been spread by machinery.

Here’s an illustration of the way in which nice but vague aims can give the impression you’re doing one thing, when in fact you may be doing the opposite: residents may have noticed outbreaks of the noxious weed Stinkwort on many of our roadsides and tracks: Forest Creek Track in Chewton, Colles road footpath, Midland Highway, Vaughan Springs road, and Joseph Young Drive on Mt Alexander among them. These outbreaks look suspiciously as if they come from road maintenance machinery, and some of them look like Council responsibility. This has happened at least once before, when Council machines spread the weed around newly landscaped areas in the Wesley Hill industrial estate, then had to go back and eradicate it.

A check of the Shire’s Roadside Conservation Management Plan 2012-17 shows the following aims:

These laudable aims are unfortunately not backed by a more modest and practical one: ‘clean Council machinery, so that Council does not inadvertently spread weeds instead of controlling them.’ Simple [though tiresome] procedures have long existed for this, and are urged by Federal authorities as a way of limiting the $4 billion we lose every year through weed infestations.

If enough submissions make the point clearly, the Shire’s Environment Strategy might be made much tighter and more practical. Submissions are easy to make at the Shire’s link above. Have a go!