The Department of the Environment is preparing to burn Kalimna Park this autumn, some time between March 1 and May 31. This activity has been long planned, and is part of the current Fire Operations Plan. The map below shows the proposed burn area. The area in the centre of the map enclosed by the bend in the Tourist Road [to the east of the Secondary College], was burned in Spring 2009–this area is thus getting a double dose well inside the Tolerable Fire Interval necessary for the bush to recover after a fire. 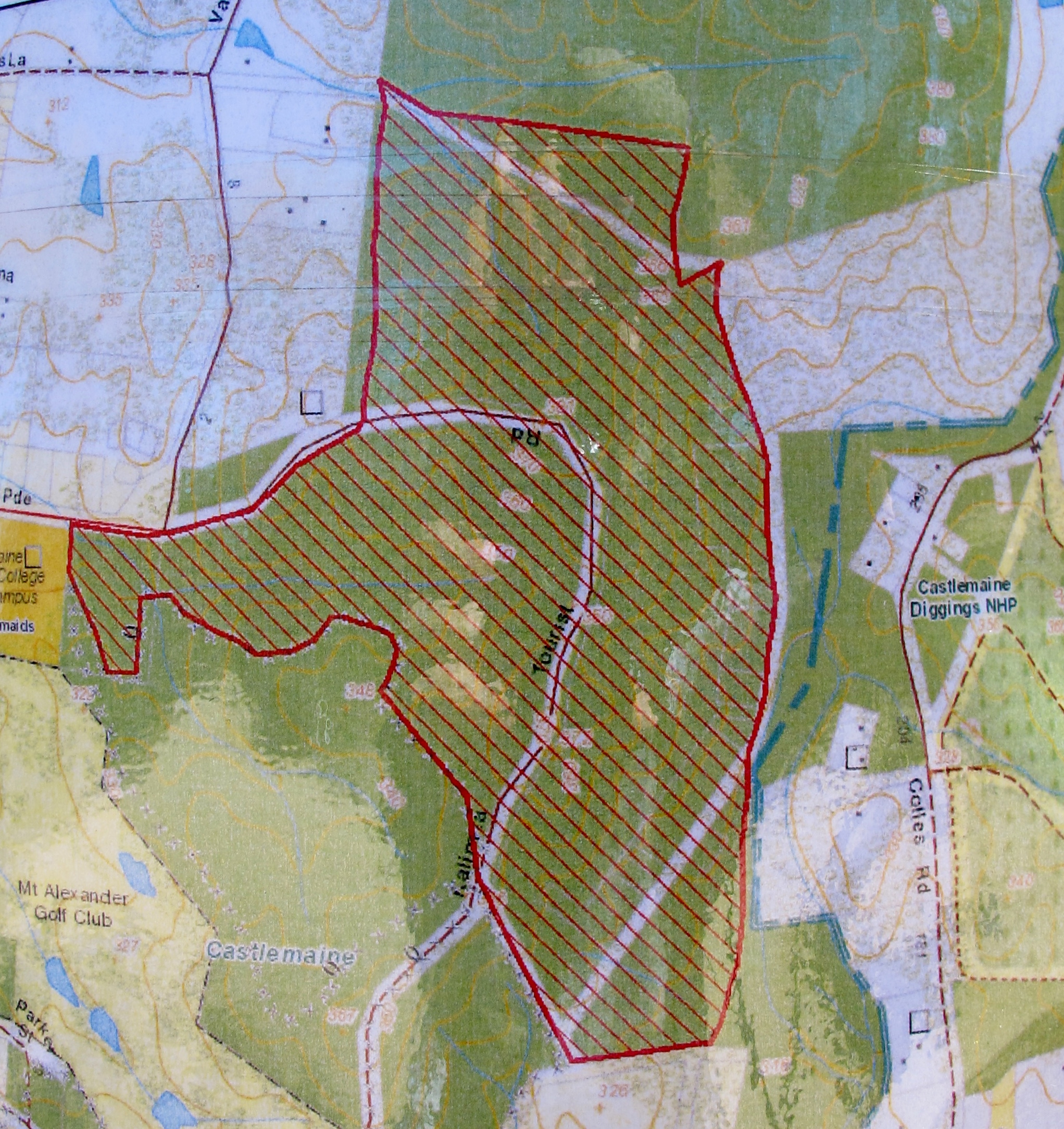 Proposed burn area. It’s centred on the Tourist road, and includes the area burned in 2009

FOBIF has acknowledged that there is a fuel management challenge in the Park, given its proximity to Castlemaine. We have consistently maintained, however, that public safety and ecological health should be the dual aims of management activity in this heavily used bushland, which is home to the endangered Eltham Copper Butterfly. [Part of the planned ‘treatment’ area was assessed in the recent Bushfire Risk Landscape Plan as a ‘high value ecosystem area.’]

In the light of the apparently intractable contradictions between public safety and ecological health, local conservationists have put to the Department the suggestion that the area be treated in a series of very small burns over an extended period of time. Staged treatment like this would allow fauna better access to relatively unburned refuge areas, and would mean that this community asset could continue to be enjoyed.

At odd times we’ve had positive responses to this idea, but its big drawback is that such operations are more expensive. Land management needs to come cheaply, it seems.

Local conservationists met with Department fire officers on January 30 to discuss these and other concerns. The dialogue was constructive; undertakings were given that areas of importance to the butterfly would be protected.

One serious concern has already emerged, however: track work. Fire managers were asked at the January 30 meeting if intrusive and unnecessary track works could be avoided. They were assured that track works and mineral earth fire breaks would be lightly handled, and that no heavy dozer work would be needed for this.

Within one week, dozers had churned up to a kilometre or more of perfectly serviceable tracks in the proposed burn area. This does not bode well for the sensitive management of this precious area.