Dialogues of the deaf 3: what’s in a phrase?

The two arguments above have a rough parallel in ecology:

Which one of these is true? That’s a discussion we’d like to see. 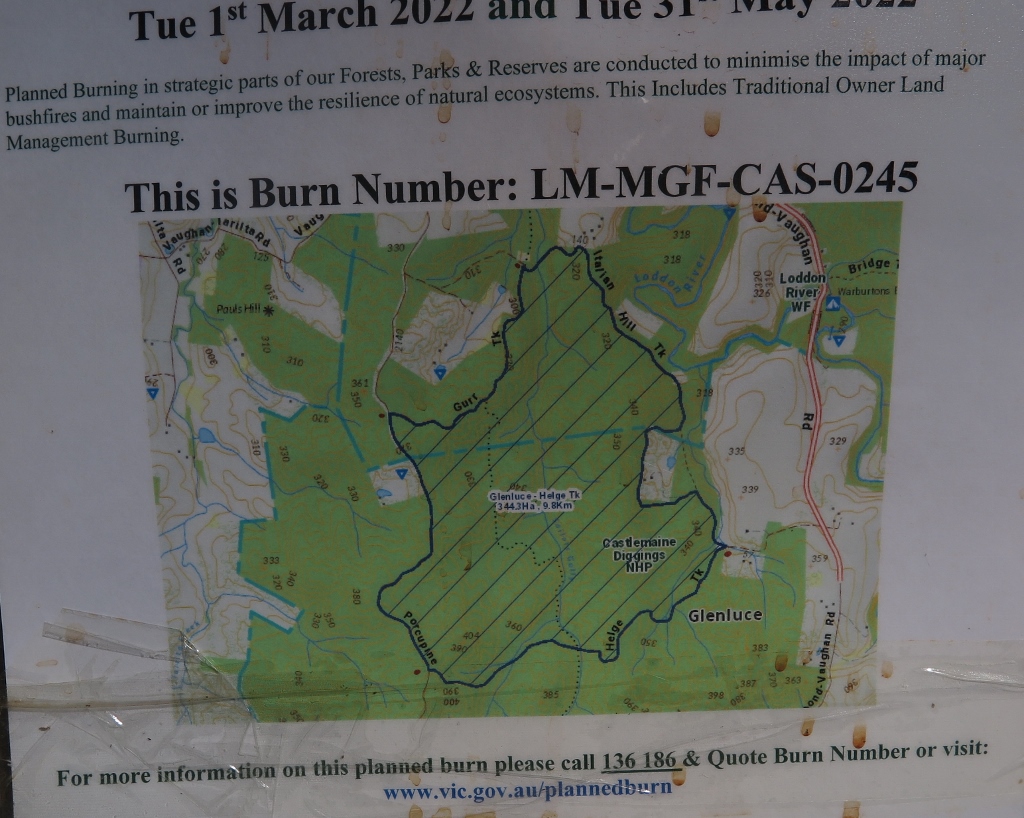 Notification of the Glenluce-Helge Track burn, due any day now. The fuel reduction aim of the exercise is open to debate. In our view, the objective ‘to maintain or improve the resilience of natural ecosystems’ is no more than a gesture.

In the mean time, one thing we can be sure of is that ecological concerns are not central to the practice of fuel reduction. Although managers have tried to be consultative on ecological effects in their burns, the fact that they are obliged to burn large areas prevents them from really engaging with ecological values. The Conversation article makes a point made many times before:

‘This reflected First Nations’ care for country. In southwest Australia, as in many parts of the continent, Indigenous fire use was precise and focused. Unlike prescribed burns, Indigenous practitioners did not attempt to burn vast areas at once.’ (Fobif emphasis)

The upcoming Helge Track fire is 344 hectares. The adjacent Wewak Track block, due for burning next year, is 470 hectares. Together, that is a vast area of land in our region, probably the biggest area ever burnt in this way. We believe it’s impossible to look after ecological values in such an area.