Fun reading: is this a flashback, or a flash forward?

Given the spate of gold exploration licences being sought, and granted, in this region, we’d like to remind readers of a fun document which appeared as the pandemic was gathering pace, and may not have gotten the attention it deserved.

It’s the Victorian Auditor General’s report on mine and quarry rehabilitation, tabled in August 2020. You can find it here. Like all such reports, it’s not easy reading, but it’s worth a crack, and the one page summary at the start won’t stretch your brain.

All prospective miners are required to pay the state upfront an amount of money adequate for restoring the land after the mine or quarry has been exhausted. 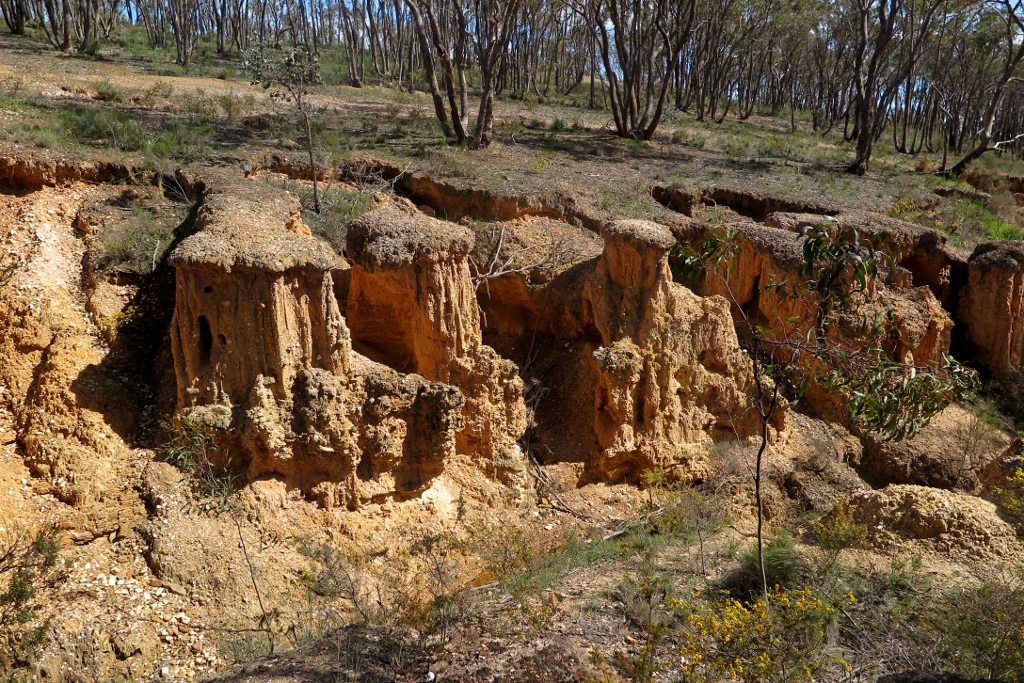 A common sight in our region. The Castlemaine Diggings Heritage Action Plan (2005) put it nicely: this landscape ‘demonstrates the severe environmental impact that can result from inadequate environmental constraint.’ Are we facing a repeat performance?

Are they doing this? The report’s conclusions are succinct:

‘The Department of Jobs Precincts and Regions (DJPR) is not effectively regulating operators’ compliance with their rehabilitation responsibilities. This exposes the state to significant financial risk because some sites have been poorly rehabilitated or not treated at all. If not addressed, these sites also present risks to Victorians and the environment.[FOBIF emphasis]

‘Further, while some changes to address conflicts of interest were made following Parliament’s Independent Inquiry into the EPA in 2016, Earth Resources Regulation (ERR)—the primary mining regulator—still resides within DJPR, which seeks to foster and develop the mining industry.’ (FOBIF emphases).

The disturbing part of this is the revelation that the regulator and the promoter of mining are in the same department. This kind of compromise, where the regulator is too close to the industry it’s regulating, is all too common. Does the casino industry come to mind?

The upshot of this is that extensive areas of Victoria are being degraded by mining with little prospect of rehabilitation—unless the tax payer stumps up millions for the work ($361 million and counting, so far).

The DJPR, in its acknowledgement of the Auditor General’s report, accepted that change is necessary, recognising that

‘transformational improvement in site rehabilitation is required to protect public safety, land, infrastructure and the environment, in order to avoid any repeat of past problems associated with abandoned and legacy sites.’

We’re not sure how the transformational improvement is going. Watch this space.