Is PV running a chain of amusement parks?

FOBIF has given in to temptation again, and had a shot at the consultation process on Parks Victoria’s land management strategy.

Our submission concentrated on two points: 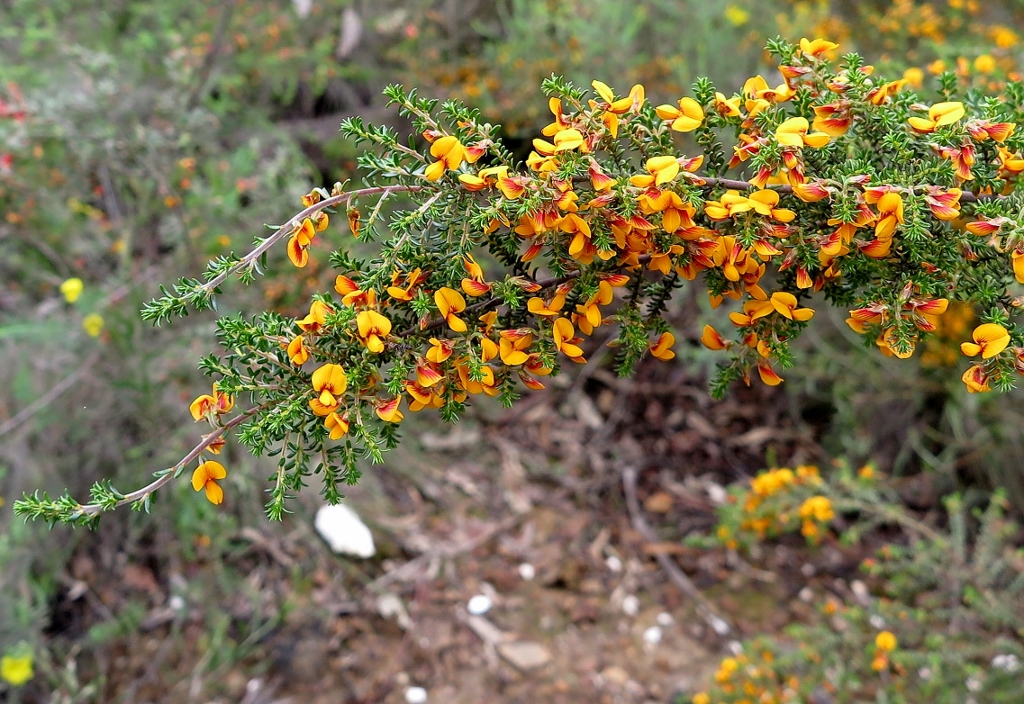 These problems can be summed up in a simple statement: Park management is under resourced. Until recently it seemed that the only people in the universe who couldn’t see this were the State Government and Parks Victoria itself. It was surprising, therefore, to see Parks’ response to the Auditor General’s report:

‘Parks Victoria agrees with the Auditor General’s characterisation of both the problems being experienced by Victorian biodiversity and the urgent need for significantly increased focus and resourcing to better address these large and real challenges.’ (FOBIF emphasis)

This is a welcome change from previous Parks’ statements, which tended to acknowledge disastrous budget cuts while making loopy claims that ‘the future is one of excellence.’

Unfortunately the strategy doesn’t face up to the under resourcing problem, preferring instead to wrap it up in woolly statements about future improvements.

The substance of FOBIF’s submission is as follows:

We support the emphasis given in the draft to the importance of working with Traditional Owners and adapting to climate change.

We would like to offer the following more critical comments:

We recommend that ‘Long-term Outcome 2: High value natural systems, cultural values and landscapes are protected and restored’ be separated into two outcomes, with one focusing on the natural values and another on cultural values. While we understand these were combined due to the overlap between natural values and Indigenous heritage, each of these deserves and needs more thorough attention. Dedicating an outcome to each will allow for more specific and rigorous outcome indicators and measures to be established.

The draft is relentlessly vague when dealing with natural values.

The measures for these outcome indicators are insufficient. For one thing, there is no measure for showing progress in managing threatening processes such as pest plant and animal species, which is specifically identified in Priority 2.1 in the Land Management Strategy. The closest measure (‘2.1.1. The percentage of conservation assets in parks that show trends in condition towards desired outcomes’) is incredibly vague and not comparable to what would qualify as a Key Performance Indicator in similar strategic plans.

We suggest something far more tangible should be used as a measure, such as ‘number of hectares where noxious environmental weeds have been effectively controlled’.

Related to this, there is a need to define key terms used in measures for this outcome, such as ‘conservation assets’ and ‘landscape scale’, to ensure they can be reported against consistently in the future.

Clarity is needed on whether baseline data will be collected to compare these measures against in the future. Current biodiversity data in Victoria is severely lacking , as the Auditor General has recently pointed out.

Our current observation is that Parks Victoria land in our local area is managed with a reactive ‘band aid’ approach, responding to issues after they arise rather than using integrated ongoing management actions for long-term outcomes. This may work for some aspects of park management (i.e. damaged signage) however by the time a conservation issue (such as a prominent environmental weed infestation) is raised by the community, action is usually far less cost-effective and some irreversible damages have already occurred (i.e. seed dispersal further into the park). It also weakens the resilience of our natural environment to threats such as climate change. We would like to see higher priority and investment given to permanent Parks Victoria rangers, works crews, and resources to proactively manage parks for their natural and conservation values across the state.

Once again, the draft is criminally vague.

How should Parks respond to the raw challenge of managing its estate?

The draft identifies inadequate resourcing as a risk: ‘Urgent action is needed to expand conservation management and increase responsiveness.’ (page 20) This is consistent with Parks Victoria’s response to the Auditor General’s scathing report on biodiversity management in the state:

‘Parks Victoria agrees with the Auditor General’s characterisation of both the problems being experienced by Victorian biodiversity and the urgent need for significantly increased focus and resourcing to better address these large and real challenges.’ (Our emphasis)

At no stage does the draft offer a response to this problem. The nearest it gets is in its relentless promotion of private, profit making operations in parks:

The above proposals are of course accompanied by meaningless guarantees of ‘sustainability’. Further, marketing jargon infests this part of the document: for example, ‘target markets’, ‘visitor segments’ and ‘nominated indicators’. There are probably people who are excited by such language. It’s not the language of conservation, however. Nor is it the language of people who actually use and love parks.

Where has Parks Victoria got the idea that it should be promoting private, profit making enterprise?

Nowhere in the 1975 National Parks Act, or the 2018 Parks Victoria Act, is there any mention of a role for Parks Victoria in promoting  private, commercial operations in Parks.

We note that experience overseas shows that commercial development in National Parks benefits the private developer, but not the park or the public.

Parks Victoria is not running a chain of amusement parks. The appeal of the parks estate lies in its conservation values: nature based tourism is dependent on healthy nature!  The draft is getting things the wrong way around by assuming that private enterprise, or an appeal to a certain kind of tourism will enhance the conservation values of public land.

A perfect example is Wilson’s Promontory, where PV seems to have poured money into luxury cabins and glamping, while the camping ground for ordinary people is a disgrace, a far from ‘natural’ environment (a fact admitted on page 35 of the draft).

While FOBIF is not opposed to some activities run by private tour operators in parks, the priority objective of encouraging private enterprise in our parks should be removed from the draft.

In the face of inadequate resources, what should a strategy do?

On page 26 we read: ‘An effective visitor compliance program, supported by park regulations, is also essential in encouraging appropriate visitor behaviour and protecting parks. Habitat damage from illegal activities has increased, with illegal tree felling for firewood the most destructive activity. Offences can arise from visitors being unaware of park rules and therefore education and provision of information are important.’

Where can the provision of ‘education and information’ come from? Here’s a clue, from Victoria’s 2008 Nature based tourism strategy: ‘the delivery of…interpretation by Parks Victoria rangers is…critical, particularly for international visitors. There are currently limited opportunities for visitors to engage with Parks Victoria rangers.’ (page 55).

At peak times in our region Park camping grounds at locations like Mount Alexander and Kooyoora are crowded. None of these campers are ever likely to see a ranger. Our group has run innumerable walks in local parks for over 20 years: we almost never see a ranger.

We note that according to PV annual reports, Parks had 1100 EFT employees in 2008. In 2020 there were 1089, (plus 361 casual and fixed term employees, mainly firefighters). Since 2008, Victoria’s population has increased by over a million people.

No wonder, then, that

‘Some parks are currently experiencing visitation at, or above, capacity at peak times. This can adversely affect people’s experiences and enjoyment and can often be detrimental to the biodiversity and other values of these parks. There is a need to manage growing and changing visitor demand while protecting park values.’( page 25)

A key commitment in the strategy should be: ‘Parks Victoria will employ additional rangers to bring the number of rangers per head of population back to 2008 levels—or better’.

Finally, we would offer the following (relatively minor) comments: