As a follow up to Rob Simons’ recent correspondence with Forest Fire Management about two proposed burns in the Diggings Park (see the comment at the end of our last week’s post), FOBIF has written to DELWP’s Acting Regional Fire Manager, asking for a few details about the burns, which are slated for 2022 and 2023. 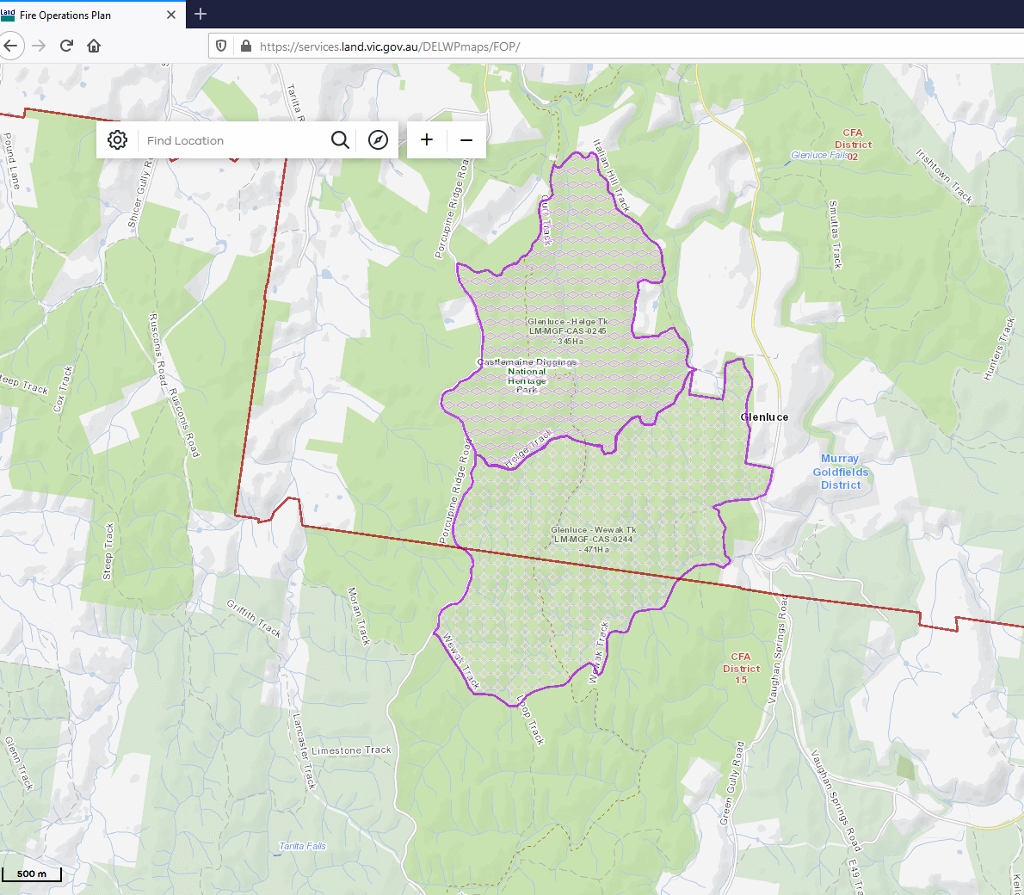 The two proposed burns are east of the Porcupine Ridge road, in the south end of the Diggings Park.. FOBIF is critical of two previous burns in this area, and is hopeful the Department can improve its performance this time around.

A few questions arising from your recent exchange with Rob Simons about the two planned burns CAS 0244   and CAS 0245.

These two blocks are of course close to or contiguous with two previous Department burns, Tarilta valley and Loop Track, burned eight and ten years ago. You may remember we had an exchange of letters on the matter at the time.

On these burns there are in our opinion two undeniable facts:

In both cases the outcomes were the result of fires that were arguably too hot; and in the case of the Tarilta fire, the serious soil loss was a direct result of stripping vegetation from steep valley sides a few days before forecast heavy rain.

I have an extensive collection of photos taken soon after the burns.

We’ll let readers know when we get an answer.

2 Responses to The questions are…