FOBIF’s March ‘walk’ yesterday was a geology tour of the district led by Clive Willman. Good numbers turned up despite the rain, which turned out to be reasonably friendly, though umbrellas did come out at one of the stops. 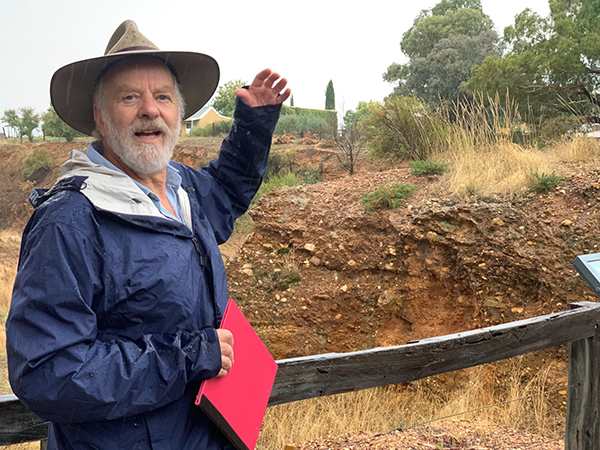 Clive William addressing the tour group at the first stop.

Volcanoes, raging rivers, and wet beech forests were all part of the picture Clive drew out of the stones to portray a set of pictures of this region over millions of years. We hope readers will understand that the plot is a bit hard to summarise in a few words: a fuller account will appear on this site in a few weeks.

Much thanks to Clive for his detailed preparation and compelling presentation: for the participants, those stones will never look the same again.

1 Response to Making the stones talk