Kalimna: What you don’t know can hurt you

FOBIF has lent its name to the letter below, urging DELWP to take account of recent research on the Eltham Copper butterfly when it conducts its fuel reduction operation in Kalimna Park this autumn.

This operation is a test case for the often contradictory pressures on DELWP:

–it is obliged to protect the health of our soils and our water catchments, and the biodiverse plant and animal communities that are part of that health. 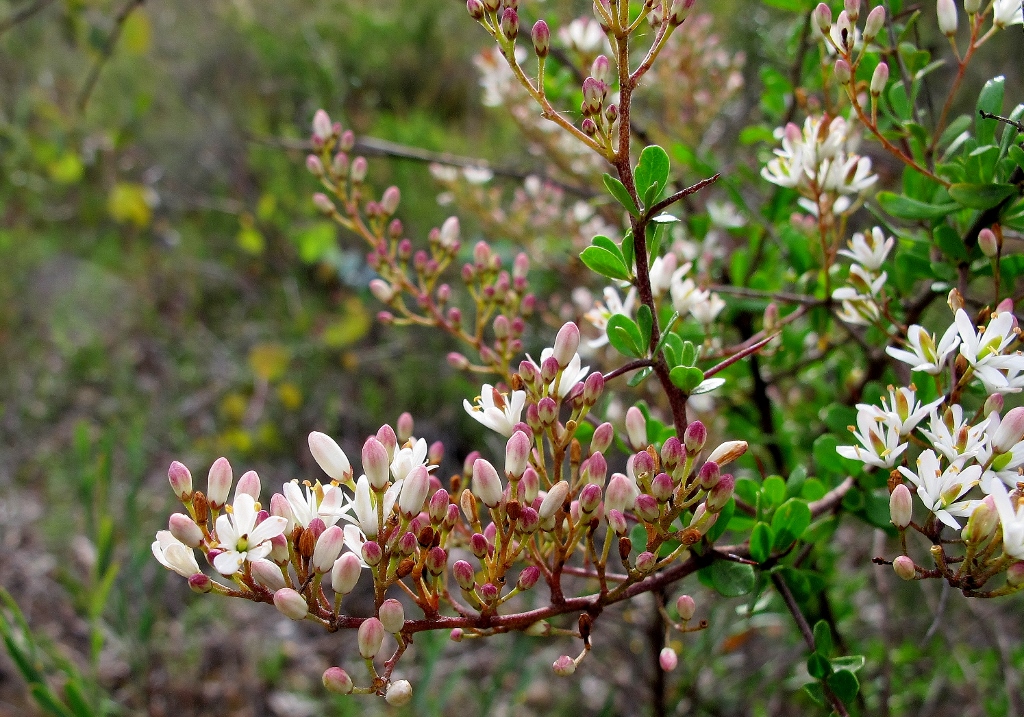 Sweet Bursaria, Kalimna Park: the plant is crucial to the survival of the Eltham Copper Butterfly. The letter proposes exclusion zones to protect known colonies of the creature.

In  the past, managers have focused on the first of these: their expertise has been strongly in the area of fire behaviour, not the ecological effect of fire.

In the not so recent past the second objective has been treated with a mixture of helplessness, resignation and contempt. Fire managers have been known to freely confess ignorance of ecology, and sometimes have exhibited what we think of as the ‘tough guy’ approach to nature: ‘she’ll come back, no worries.’ A classic example was the brazen indifference of the notorious Tarilta burn of 2012, no better than an exercise in ecological vandalism.

Managers are increasingly acknowledging that ideally, reduction exercises should be conducted with a detailed knowledge of the area in question, its ecology and fire history. The nub of the matter is in the word ‘ideally’. Managers often plead lack of resources when urged to take a very detailed look at the areas they have marked off for their operations. As a particular case, the Kalimna burn was planned in the knowledge that the endangered butterfly was there, but without any detailed idea of where it was concentrated, or, for that matter, what effect fire and smoke might have on the creature. This letter urges them to take note, and act accordingly [the exclusion areas recommended here are shown in the next post] :

The proposed fuel reduction burn footprint at Kalimna Park was put into place by the Department of Environment, Land, Water and Planning (DELWP) at a time when no comprehensive surveys for adult Eltham Copper Butterfly (ECB) had ever been undertaken.  During the 2019-20 summer season, local ecologists and community volunteers conducted a detailed assessment of ECB habitat and adult butterflies across the entire Park. Now that this dataset has filled in a significant knowledge gap regarding the distribution of the ECB and its habitat, it is clear the proposed fuel reduction burn footprint will have severe impacts on the ECB unless amended.

Following an analysis of the 2019-20 survey results, we consider it essential that several exclusion zones are created within the current proposed burn footprint to prevent potentially severe impacts to the Eltham Copper Butterfly. It is not acceptable that any exclusion zones be created with mineral earth breaks – alternative measures such as brush-cutting vegetation to ground level would have to be adopted.

We propose four exclusion zones, each which are marked on the attached map. The four areas are described below.

We would like to request a meeting to discuss these options, ideally also including a site assessment to inspect each of the four proposed exclusion zones.

Concerned Ecologists, Naturalists and Residents of the Box Ironbark

Friends of the Box Ironbark Forests

Here’s a link to the map referred to in the above letter. The proposed exclusion zones are bordered in white, and numbered 1 to 4:
ECB Habitat and Adult Surveys_Kalimna Park_2019 2020_A2P_2 March 2020-1-Copy