The ecological thinnings trial was conducted about 15 years ago in four locations in the box ironbark region. Locally the thinnings plot is in the Diggings Park along Morgans Track, between the Chewton-Fryerstown Road and the White Gum Track.

The principle behind the trial is as follows: devastation of the forests following the gold rush led to the destruction of most large trees, and regeneration of dense stands of saplings. The original woodland structure of reasonably widely spaced large trees was thus replaced by what we mostly have now: forests dominated by relatively spindly trees. These forests are naturally thinning themselves, with the gradual death of weaker trees, but the process is taking a long time. The thinnings trial is designed to hasten the process, by taking out relatively weak trees, thus allowing the better trees to grow more robustly, and thus creating a healthier woodland structure. 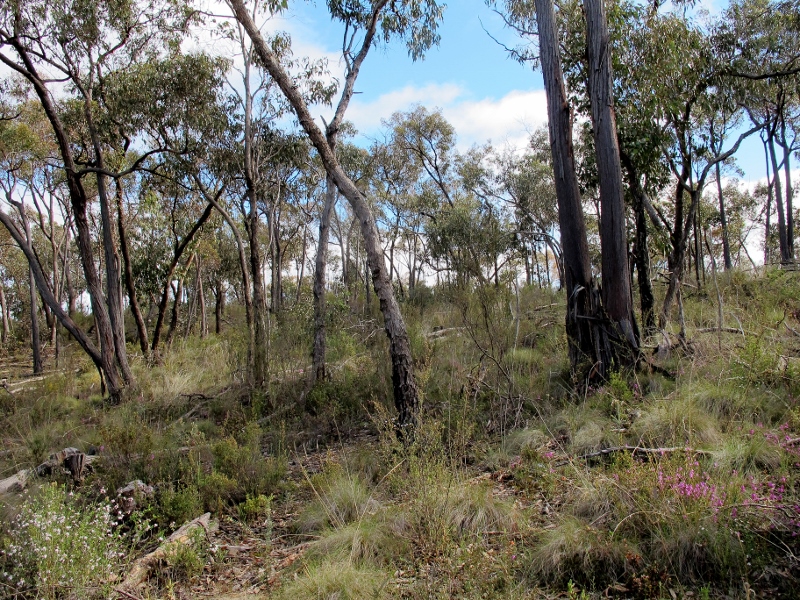 Section of the thinning trial near Morgan’s Track…

The project had a biodiversity aim: that is, it was intended to produce a better environmental outcome, not just straighter trees.

FOBIF did not oppose the trials, though we thought it was just as well to let nature do the thinning over time, and we were sceptical of the capacity of managers to maintain a credible monitoring program over a long enough period of time to show how effective the program was going to be.

Well, so far, so good, as far as the monitoring is concerned. A recent paper by researchers from Parks Victoria, DELWP and the Arthur Rylah Institute has given an account of the story so far in the thinnings plots. The conclusion of the paper is that tree growth in the plots is significantly higher than in adjacent control areas: 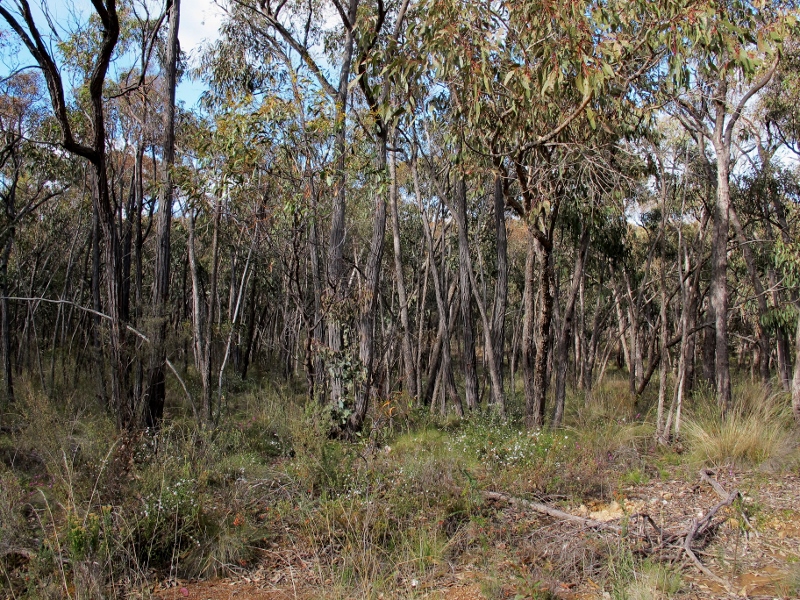 …nearby section of unthinned bushland. The principle behind the project is that thinning produces a more natural and biodiversity rich woodland structure.

There’s a long time to go, of course: in a drying climate, and with poor soils, growth rates are slow.