Viewers of sporting coverage on television last Friday might have noticed, if they weren’t asleep, a commercial for Suzuki, which featured a car tearing through a muddy road, then reversing, bouncing over some obstacle [possibly a dead body?]. The clip also featured a car being driven with brio round and round a suburban roundabout, accompanied by the slogan, ‘for fun’s sake’. You can look at the ad here   If you concentrate very hard, you’ll see at the bottom of the screen at the start the words ‘filmed under safe and controlled conditions’. 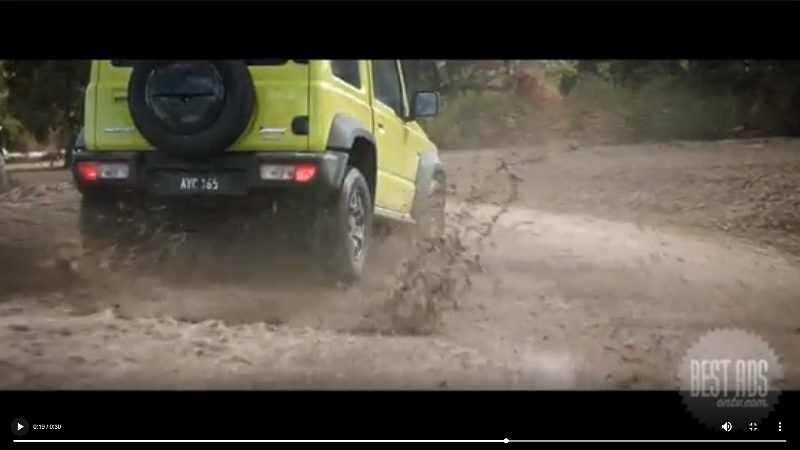 Image from a Suzuki TV commercial. The commercial’s main message is that sedate driving is for boring conformists.

It’s an interesting question. The voluntary code of practice for motor vehicle advertising of the Federal Chamber of Automotive industries seems to suggest that they’re at least undesirable. The code features, among other things, the following:

… ‘use of disclaimers indicating that a particular scene or advertisement was produced under controlled conditions; using expert drivers….should be avoided.’[Our emphasis]

… ‘Advertisers should ensure that advertisements for motor vehicles do not portray…deliberate and significant environmental damage, particularly in advertising for off-road vehicles.’

Car advertisements regularly violate the second of these conditions and often promote unsafe driving. For some reason showing cars skidding through dust and gravel is a favourite theme of most of them. Skidding out donuts is another regular. Our favourite is a Toyota clip which shows a poor oppressed suburban bloke who sees a massive Toyota truck pull up alongside him in traffic. He instantly fantasises about skidding around sand dunes in that truck…then subsides into repressed good behaviour. But will he stay that way? Will the next episode show him in a cowboy hat, ripping up the country in a car which, as the ad proudly declares, ‘eats utes for breakfast.’ Stay tuned.

Meanwhile, we can see the effects of such propaganda on our roads and in our bushland. And we can pretty safely conclude that voluntary codes of conduct are a bit of a joke.

If you want to complain about a particular ad, you can do it at the Advertising Standards Bureau. Click here. 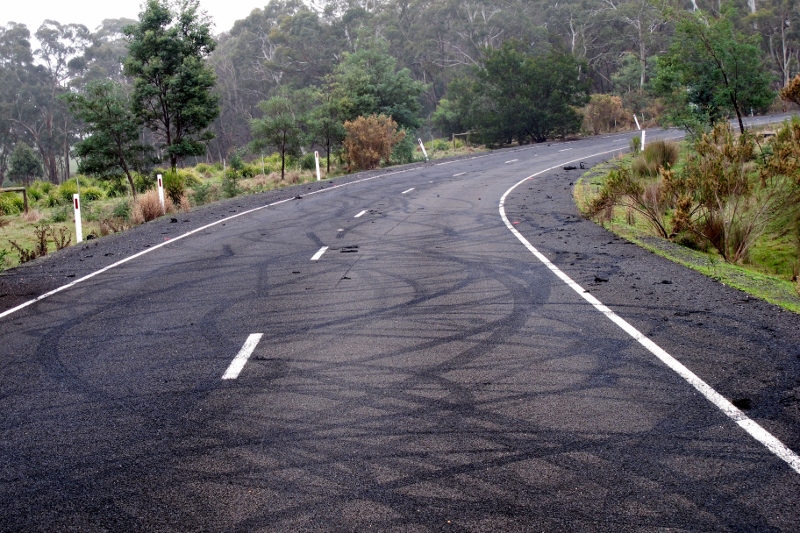 Signs of ‘fun’ on public highway, Taradale, June 2016: sights like these are common on our roads, and they are actively encouraged by TV advertising.