Why didn’t we notice this before?

People travelling on Harmony Way south of Harcourt in the last few months have been intrigued by what seems to be a new kind of mistletoe on roadside Red Gums. 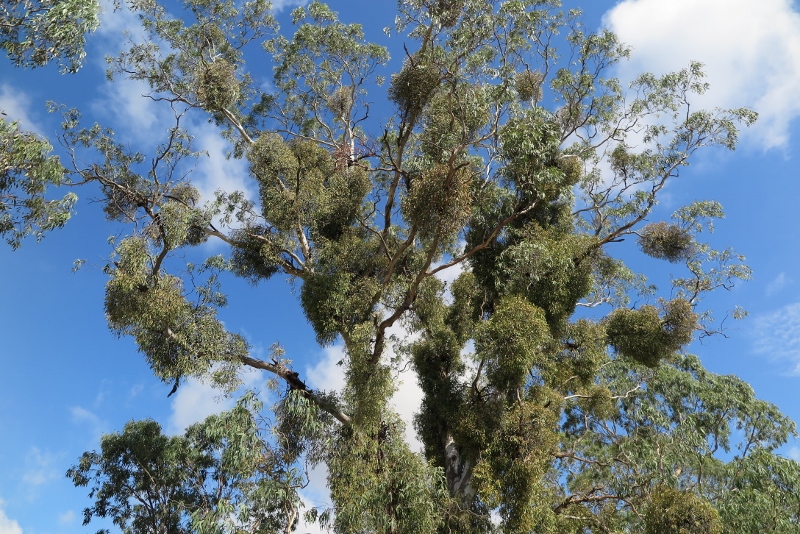 ‘It is common in the Harcourt-Faraday area where it grows on Red Gums. It is abundant along the old Calder Highway in the vicinity of the vineyards.

Ern adds: ‘Creeping Mistletoe has a wide range of hosts, including introduced trees, such as the Plane Trees in Collins Street and St Kilda Road. I have not seen it on anything but Red Gums locally.’ 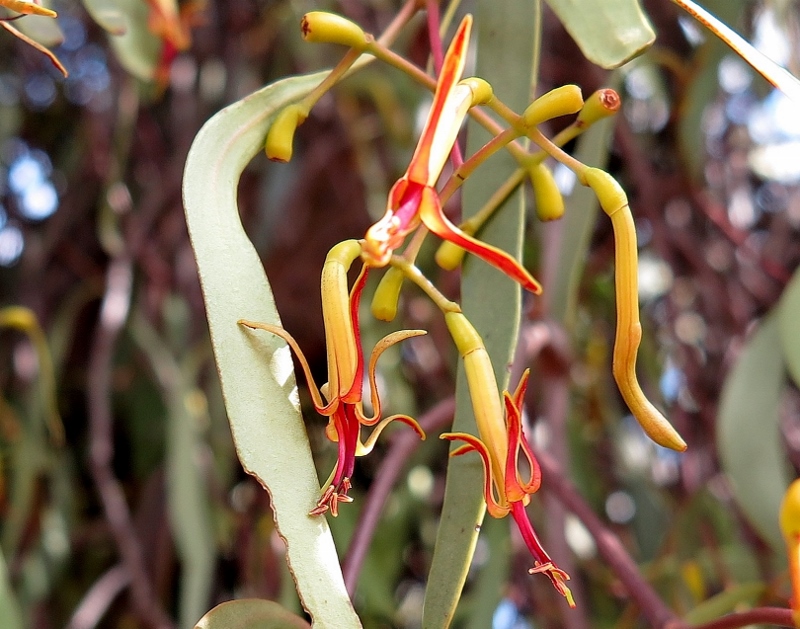 Creeping Mistletoe flower: the flowering season is just finishing for this intriguing plant.