FOBIF’s last walk for the year took in some isolated areas in the Red White and Blue and Dunn’s Reef sections of the Muckleford State Forest. Walk leader Geoff Neville having been struck down by the flu virus which seems to have raged in our region for months, the walk was devised by a committee consisting of Catherine Jerome, Jeremy Holland and Bernard Slattery, using Geoff’s walk notes. We’re not quite sure how, but the walk was completed in good order, with several highlights. The chief of these was an exhilarating aerial display by four sugar gliders, but there were plenty of wildflowers about, in spite of the general dryness of the bush. Bernard Slattery and Liz Martin sent us the photos below. 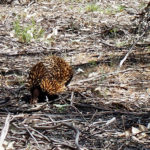 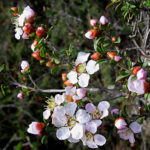 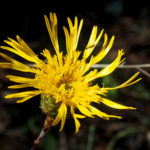 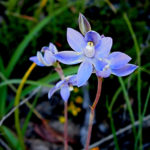 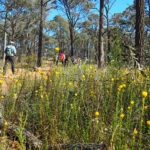 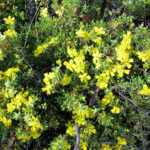 A late walk’s report with photos of Sugar Gliders came in from Noel Young:

Also seen along the way; Sugar Gliders (3 or 4 ran up a tree from a stump at ground level); a large Echidna, and a small Brown Snake.

A scattering of flowering plants included – 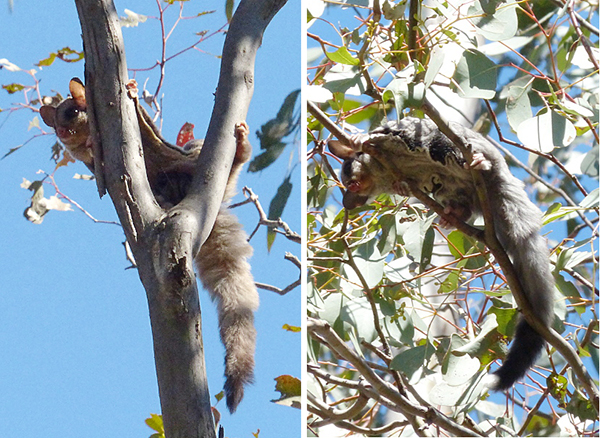 Watch for the 2018 walk program early next year.

1 Response to The last walk