Presentation on Tuans this Thursday

This Thursday evening 19th October Newstead Landcare Group is hosting a presentation by PhD candidate Jess Lawton. Jess is studying the Tuan or Brush-tailed Phascogale, a threatened and declining species of the Box-Ironbark country. The presentation will start at 8pm at Newstead Community Centre and all are welcome. A gold coin donation would be appreciated.  Afterwards there will be supper and a brief AGM.

“The Brush-tailed Phascogale is a rare, threatened species, and is declining in Victoria. Our understanding of its conservation biology is limited because it is sparsely distributed, ‘trap-shy’, and has been difficult to survey using traditional techniques. We know that this species has a rapid reproductive cycle, whereby all males die of stress and exhaustion after their first breeding season. We also know that this species often has a large home range of up to 100 ha. Therefore, the current thinking is that it requires large areas of intact forest for a population to persist. However, this species still occurs in modified habitats, such as paddock trees, roadsides, and isolated remnant patches. The aim of my study is to see if the occurrence of the Brush-tailed Phascogale in a modified landscape relates to patch size and patch connectedness.

Connecting Country set 150 nest box sites in 2010 to provide habitat for this species through the Mount Alexander Shire. They have since monitored many of these nest box sites every two years, and now have a number of years of data on this species occurrence in the region. I selected 50 of these 150 sites, stratified according to landscape context (ie. the amount of tree cover surrounding each nest box site). Between April and June 2016, while Connecting Country conducted their nest-box checks, I set two cameras at each of these 50 sites.

In this study, I model the occurrence of Brush-tailed Phascogales in the Mount Alexander Shire with landscape attributes, such as the size of a forest patch, and a number of habitat attributes collected in the field, including forest productivity, forest structure, logs and leaf litter, and tree size and species.

One  property near Axe Creek was home to a particularly active population of Brush-tailed Phascogales, and you can watch a video of the sort of footage we detected” https://www.youtube.com/watch?v=VTklMGskLyYc 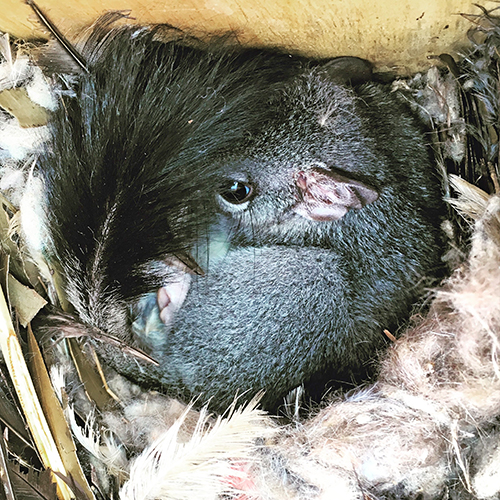