The impossible dream: we can have public safety without trashing the bush

Here are a few conclusions we can draw from recent meetings with DELWP fire managers in the last two weeks: 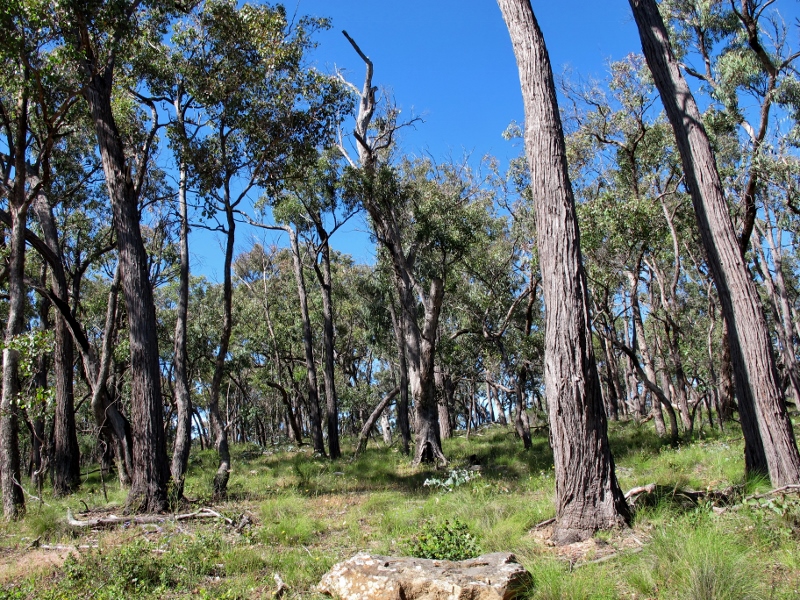 Near Hunters Track, Castlemaine Diggings NHP: the bush in this area is more open than regrowth forest nearby, and has numerous interesting cultural features. It has recently been rezoned and is now open to more severe fuel reduction treatment.

The above are conclusions after two meetings in the last three weeks.

Under discussion were the revised fuel management plans for the region. The intent of both meetings was to aim at a fuel management program which achieves public safety while respecting the natural values of local public land.

Several other matters were discussed:

In response to questions about poor track management, officers repeated a rationale we’ve heard before: that ‘road access is required for fire suppression’ etc. This is a disappointing response, as we’ve never questioned the need for such access: what we’ve questioned is crude and careless track management, and lack of care [and possibly even understanding] of roadside vegetation.

On the subject of the unnecessary destruction of valuable big trees in burn off operations [a Gippsland research program found that Hollow bearing trees are 22 times more likely to fall down in fuel reduction zones than they are in unburnt areas], we were once again assured that care would be taken to avoid repetition of this kind of thing: but gained the distinct impression that achievement of this would require more person power than is usually available in these kinds of operations.

Concerns about specific burn proposals were raised: MAL 01 [Maldon Historic Reserve and NEW 03 [Muckleford State Forest] are both unusually important for natural values, and CAS 07 [Hunters Track, in the Diggings Park] is significant for many reasons, cultural and natural.

The treatment of the Walmer State Forest, to the north west of Castlemaine was also discussed. This bush, zoned 1 and 2, is obviously being sacrificed for the safety of Castlemaine town. While FOBIF acknowledges the rationale behind these zonings, we have proposed that operations in this area be conducted in small patches. This proposal was greeted noncommittally. Fuel reduction in small areas is obviously more expensive: and [as we know from long experience], public land management is not generously funded.

The meetings in question are part of an ongoing consultation process. FOBIF appreciates the courtesy and attentiveness of managers in this process, but we are under no illusions: in the end, DELWP is an arm of government, and governments are elected by majorities. The debate about safety and forest health is ultimately a political one, and will be decided according to community attitudes to nature. Our local conversations are a small part of a very large national discussion.