One of the problems with Government policy papers is that they tend to be relentlessly positive, to want to be friends with everyone: ‘We will manage water to support a healthy environment, a prosperous economy and thriving communities, now and into the future.’

This isn’t going to be easy: the paper tells us that we can expect a long term increase in temperature, reduced rainfall and runoff and decreased groundwater recharge, and an increased frequency of drought. It also tells us Victoria’s population is likely to double to 10 million by 2051. How can more people be kept prosperous and thriving on less water? 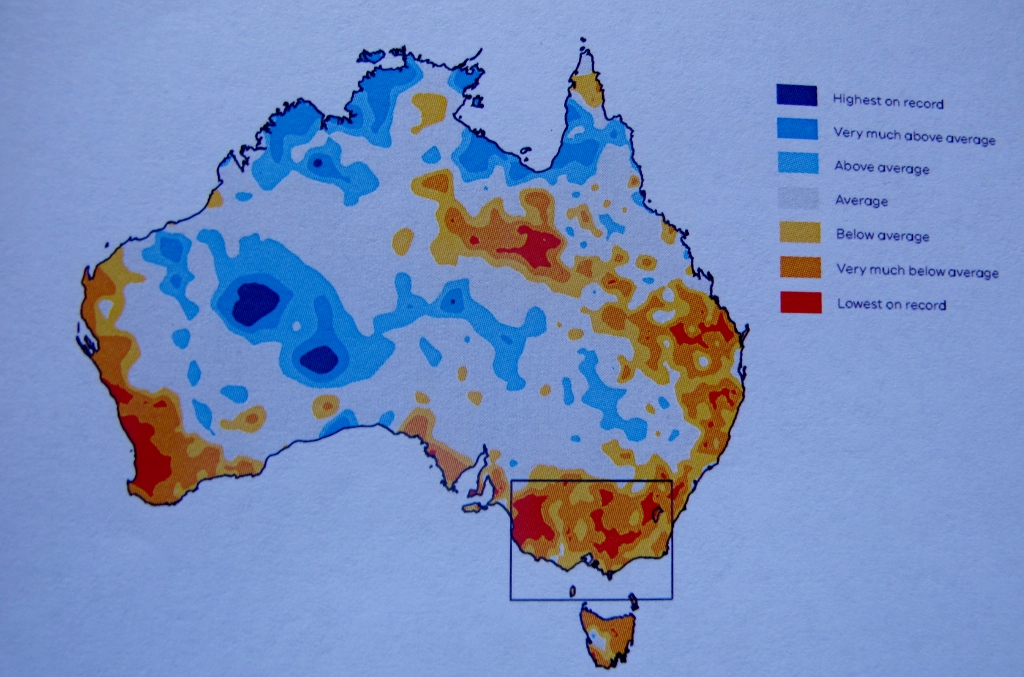 Apart from proposing increasing use of the desal plant, the paper tends to make optimistic—even grandiose— gestures in the direction of efficiency and cleverness: for example, we’re told that ‘‘Victoria’s water sector will help transform Victoria’s cities and towns into the most resilient and liveable in the world.’ A visitor to Melbourne’s vast and expanding sprawl will wonder when this transformation is going to start.

In the meantime, less grandiose solutions to the water problem aren’t approached with great urgency in this paper.

For example, the 2004 White Paper proposed a water recycling target of 20% by 2010. This current discussion paper reveals that currently 2% of ‘water for taken for consumptive purposes’ is recycled: and it makes only vague gestures at improving this figure.

Or take ornamental dams. With the explosion of urban fringe development around country towns, the number of these has exploded. The Nationals MP for Northern Victoria, Damian Drum, has estimated that “…In our part of the state as much as 124 billion litres of water a year don’t make it to our creeks and streams because of the explosion in small, mostly unlicensed dams.”

This has been a concern for many years. So what’s the discussion paper say? ‘This discussion paper proposes a review to consider the introduction of a reasonable use limit, in consultation with the community.’ [page 108] That is, let’s talk some more. Consultation is great, of course: but how long should it go on before you actually decide to do something?