We’re not lacking in water reports. FOBIF’s collection includes [among others] the 2004 White Paper, the 2003 and 2013 North Central Catchment Strategy, the 2009 Northern Region Sustainable water strategy, and the State’s 2013 Waterway management strategy—all reasonably hefty documents around 200 pages, replete with graphs and tables. And that’s not counting the documentation for the Murray Darling Basin…

Have they had any effect? The latest to appear, the Water for Victoria discussion paper, has a stream condition map [see below] which shows the terrible state our rivers are in: and it’s not very different from a stream condition map published in the 2004 White Paper. Have all the efforts in the intervening years been in vain? Well, you could argue, as the discussion paper does, that ‘the good news is that successive condition assessments  of major rivers show the deterioration in river condition has been controlled. This is encouraging given the third assessment period [2004-10] coincided with the Millennium Drought.’ 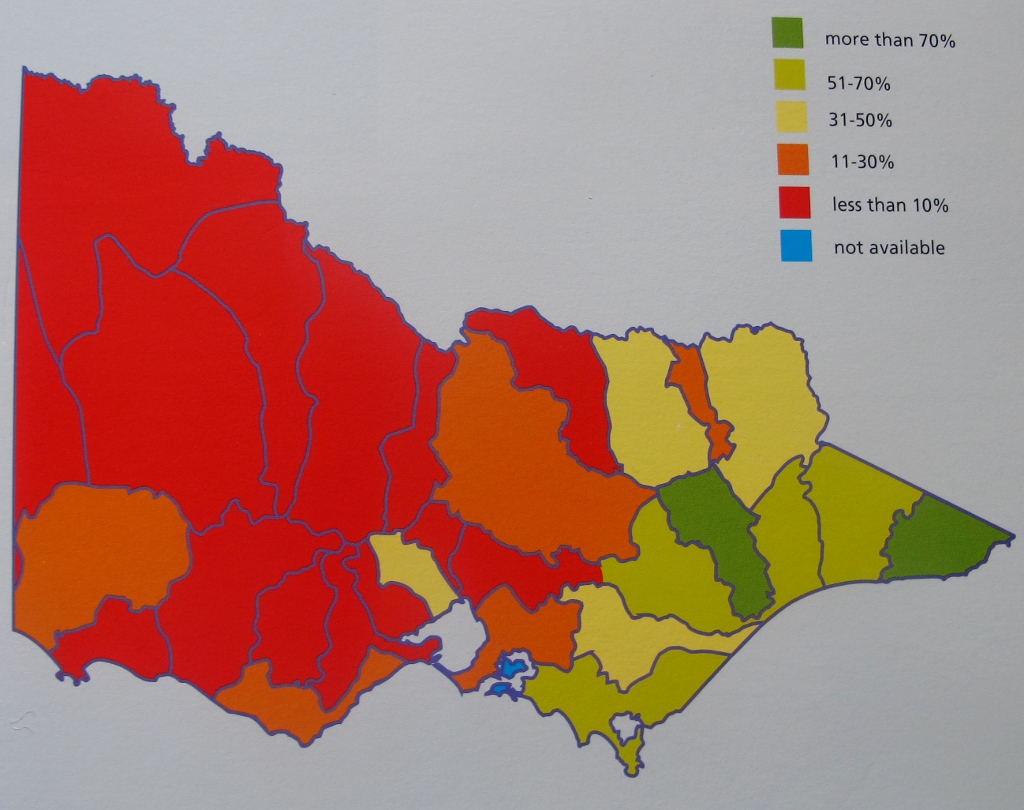 Percentage of stream length in good or excellent condition, 2013: Victoria’s waterways are not in great shape, and seem to have deteriorated since the 2004 White Paper.

So: all the effort put in by landcare groups, enlightened farmers and government programs hasn’t been wasted.

You can find the discussion paper here, and have your say on water matters, if you want to influence the final version of the policy, due to appear towards the middle of the year. We’ve noted a few interesting questions arising from the paper in the post below

The public consultation is open till May 13. The website allows you to make a submission, or just toss in an idea: and you can read the many interesting contributions which are already being made to the discussion.