Campbells Creek: some questions about fire

On October 2 DELWP conducted a Zone 1 [Asset Protection] burn in Campbell’s Creek. The area burned was 80 hectares, between Rowley Park Road and Pottery Road. The result, in yellow gum and box woodland with reasonably sparse understorey, appeared to achieve the fuel reduction aims of the exercise…and to perpetrate the usual unnecessary damage, in the form of the unintentional destruction of large trees [see photo at the end of this post].

FOBIF has not objected to fuel reduction close to housing. It should be recalled, however, that these exercises are bound to produce ecologically impoverished environments, or to prevent the recovery of already damaged ones. That’s one very good reason for resisting plans to develop new housing near bushland. 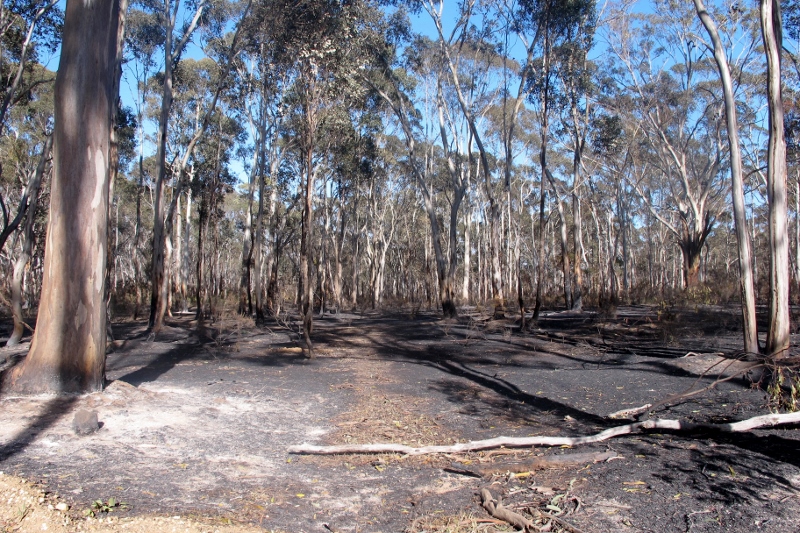 Near Rowley Park Road: fuel reduction exercises like this are ‘ecological sacrifice zones’

A further question about such burns is: how does the fuel reduction target sit with fuel loads on adjacent private land? In the present case, the public land, now bare earth and dust, sits across the road from some heavy infestations of gorse and blackberry, some of it over ten feet high. The much touted Risk Landscape program, launched over the last twelve months, seemed to promise an integrated program of fuel management over public and private land. As far as we can tell, no action has ensued on this ‘tenure blind’ fuel management. We understand that oversee of vegetation on private land is not even DELWP’s responsibility, but that of  the Department of Economic Development, Jobs, Transport and Resources (DEDJTR). Do the two departments coordinate their work? We don’t know, but it doesn’t look like it. 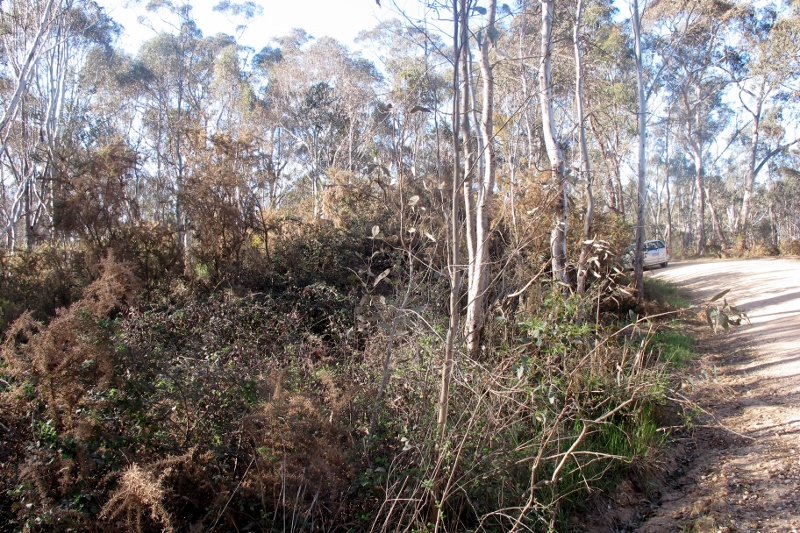 Across the road from the burn zone, the gorse is 10 feet high: the Risk Landscape policy proposes fuel reduction on private and public land, but in practice, only public land is systematically cleared of vegetation.

And, as a footnote to this theme: it has been alleged that the management burn in the Cobaw forest last week was conducted by officers pressured by government policy to achieve a target of land burned under the five per cent policy. We aren’t familiar with the Cobaw area, but find it very hard to believe that officers would take big risks in pursuit of a policy which is supposed to be on the way out. In any case, an independent enquiry into the subsequent bushfire should clarify exactly what happened there, and why.

Nevertheless, it’s worth raising the question: why is the Government taking so long to make a decision on the five per cent burning target? The IGEM recommendation that it be abandoned in favour of a more strategic ‘risk management’ policy was made four and a half months ago. Surely that’s plenty of time for the Minister to decide what to do about that recommendation? The debate on the system of area targets for fuel reduction should be well and truly over.

In the mean time, DELWP is continuing to issue Fire Operations Plans apparently based on this very system. 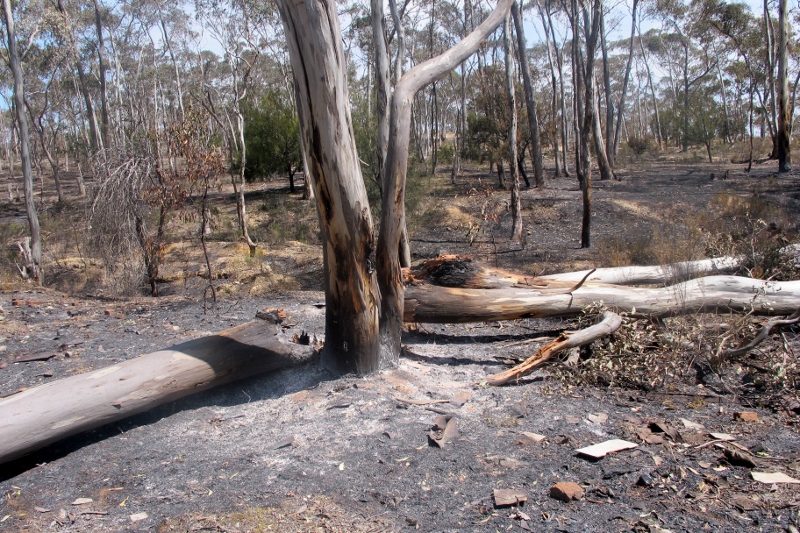 Large trees brought down by management fire in Campbells Creek: the trees here were all about 30 cm in diameter at breast height.