Hot rods at Gowar: some questions, some answers…

Representatives from the FOBIF committee attended a meeting with Castlemaine Hot Rod Centre (CHRC) and planning consultant David Robb from Planit to discuss plans for a Dynamic Vehicle Testing Facility, Events and Recreation development at Gower on the Castlemaine-Maldon Rd in mid February.

A feasibility study is being developed by Planit for the CHRC in preparation for a planning permit application to be lodged in April with Mount Alexander Council. 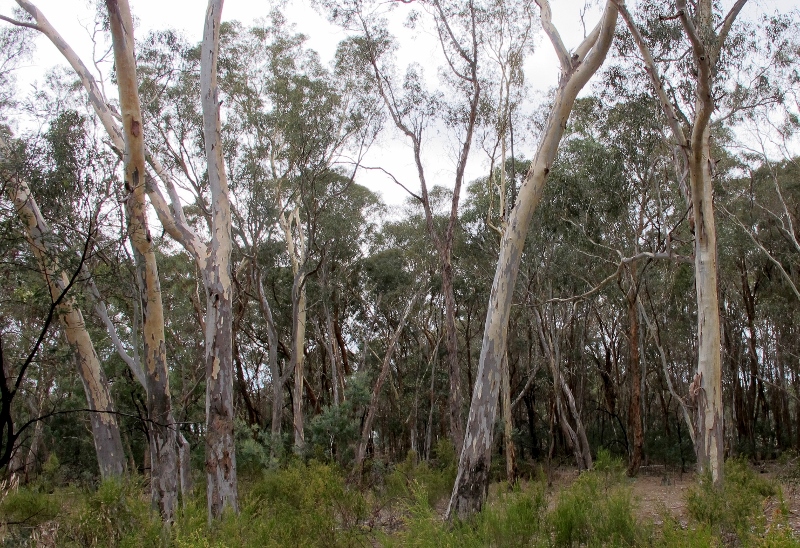 Bushland near proposed Gowar hot rod centre: the question is, how much effect will the proposed development have on wildlife in the State Forest and Nature Conservation Reserve? And how will it affect the enjoyment of users of this bushland?

As mentioned in our earlier post plans for the site include:

—parking for 500 vehicles with possibility of expansion

—shower and toilet facilities and powered and unpowered camp sites

A presentation of the site was given to start the meeting and CHRC chair Larry O’Toole took attendees, who included representatives from the North Central CMA and Castlemaine Historical Society, through a description of the site and its various attributes. The meeting was then opened up for comment and discussion by the various groups.

Before the meeting FOBIF had sent a list of concerns about the development which we had been informed would be addressed in the feasibility study. This study will not be made available to the public but CHRC intend to apply for a planning permit through council in April and this will be an opportunity to view where on the site CHRC plans to host the various elements of the proposed development. Our concerns are mainly about the effect the proposed development would have on amenity for flora and fauna on the property and in adjacent bushland.

FOBIF firstly outlined that we would strongly encourage the inclusion of a comprehensive and independent environmental impact assessment which covers flora and fauna, water, air and noise in their planning permit application for the site and adjacent land. The decision to go ahead with this will be dictated by what is required by council and government as a minimum and the CHRC committee.

We asked about the scope of the project and were informed that this was the only stage for this site as CHRC is seeking to acquire the senior campus of the Castlemaine Secondary College upon its decommission. Attendees were informed that it’s hoped that there would be events of varying scale at the site each weekend and that the 1.2km tarmac for testing would likely only make as much noise as the traffic on the nearby Castlemaine-Maldon Rd. The 500 space car park will not be surfaced as grass areas are like likely to be used for this.

There are plans to fence off established treed areas and a required 30m cleared buffer zone between adjacent crown land will be included on the site. Some weed species on the site will be managed.

There is no doubt that this proposed development will change the amount of traffic, human and vehicular, on and to the site. It remains to be seen how CRHC will identify the threats to natural values this proposal will bring and how they intend to mitigate these effects. We will be looking out in April for advertisements in the press which will herald the submission of the planning permit application and to consider the outcomes of this meeting in CHRCs application to council.