FOBIF members and people in the wider community have been saddened by the news that Doug Ralph, founding President of the Friends, has died of a heart attack at his home in Little Bendigo.

On his retirement from the FOBIF committee Doug was rightly described by Marie Jones as an Elder of the environment movement. He knew this country better than anyone else, and was generous in sharing his knowledge of it: hundreds of people have been introduced to its secrets on the guided walks he ran for many years, or via the contributions he made in innumerable forums.

Doug was tireless in his efforts to get better management for our natural heritage, but he was also insatiable in his curiosity about cultural history. Although he was sceptical about the value of gold mining, and relentlessly critical of its destructive effect on the environment, he had enormous sympathy for the miners and huge interest in the detail of their lives.

One of Doug’s most striking qualities was his inclusiveness. He kept his eye on the important issues, and was impatient of efforts to divide this community into ‘old’ and ‘new’ residents. What counted for him was getting things right, not where someone came from. A fifth generation local, he welcomed anyone who had something to offer the community.

Doug wasn’t scared of labels. He had a terrific sense of irony, but wasn’t ashamed to put himself on the line: ‘I’m a tree hugger. I’m proud of it.’ He gave as his religion, Bush Baptist. 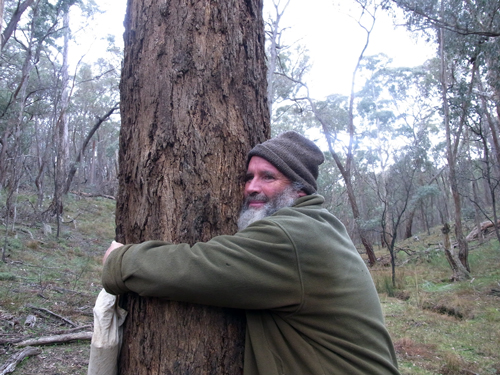 Chris Johnston sent us this photo of Doug hugging a tree at Columbine Creek in July 2013. He took a small group to walk there. 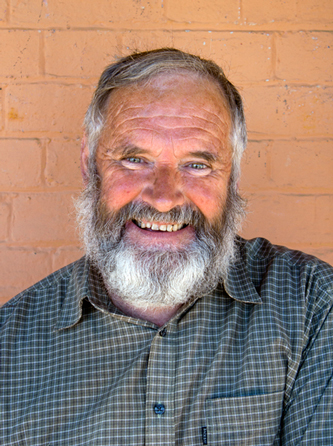 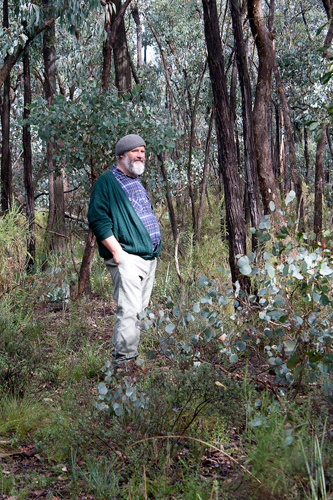 For more tributes to Doug, see