It was an important place to the Jaara people; grazed by sheep for nearly 100 years; listed as having been entirely denuded of useful trees by 1876; burned out by bushfire in 1901, and then washed out by a heavy thunderstorm which stripped the bare slopes of soil and dumped it into the Bendigo water channel: now it’s a State Park much loved by walkers, picnickers and cyclists who regularly grind their way over Joseph Young Drive. 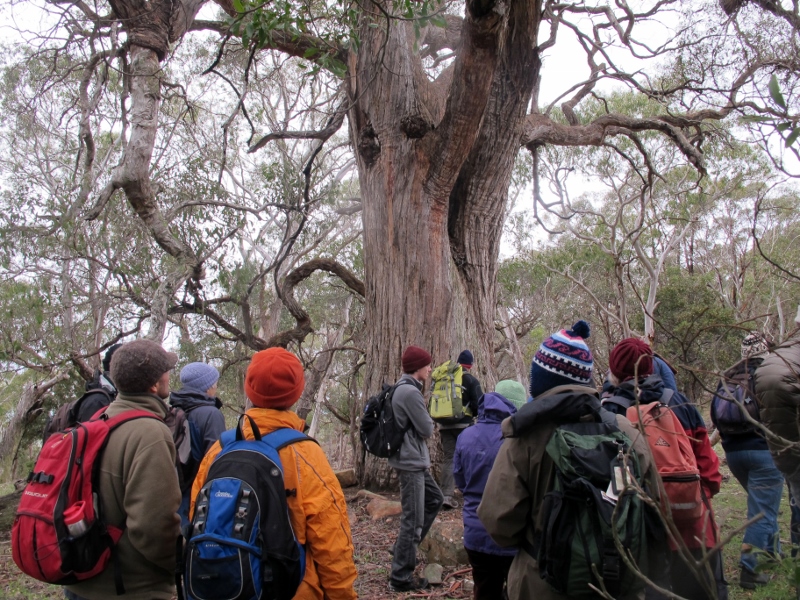 FOBIF walkers passing a giant stringybark on Mount Alexander, August 2013: by 1876 the Mount had been ‘denuded’ of useful trees. The chequered history of the Mount will be the subject of George Milford’s talk at the FOBIF AGM.

Through all this it remains the biggest landmark in our district, and its history is the subject of a talk to be given by George Milford at the FOBIF AGM at 7.30 on Monday August 11 at the Castlemaine Continuing Education Building. Put it in your diary.

Members interested in nominating for the FOBIF committee should send their nominations in before that date. Contact Bernard Slattery (5472 2892) if you would like a nomination form.