You often see fungi thrusting up through soil crust, but mushrooms heaving rocks out of the way are less common. The photo below shows one such effort. We weighed the stone at 725 grams! 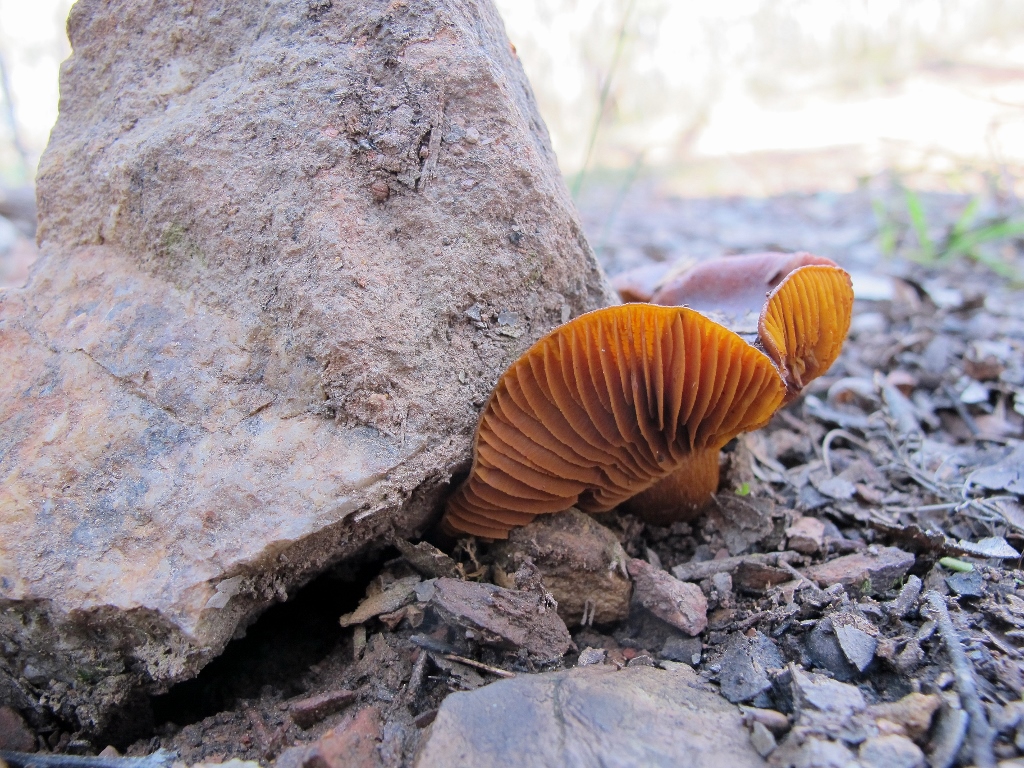 100 gram mushroom lifts seven times its weight:…we believe champion human weightlifters can manage to lift about twice their bodyweight at a time. Of course, the mushroom we see is only part of the story–it’s only the fruiting body of the fungus.  The main part of the fungus is the mycelium under the ground.

Fungi often perform remarkable weightlifting feats. Maybe the most impressive [and one of the most common] is the unromantic Horse Dung Fungus [Pisolithus tinctorius] which can often be seen pushing up through bitumen road surfaces. We’re not sure how much force is required for this feat. When we attempted a bit internet research on the subject by Googling ‘fungus lifting weight’ we got a lot of entries about fungus lifting toenails. That’s a lot less romantic than we could bear. 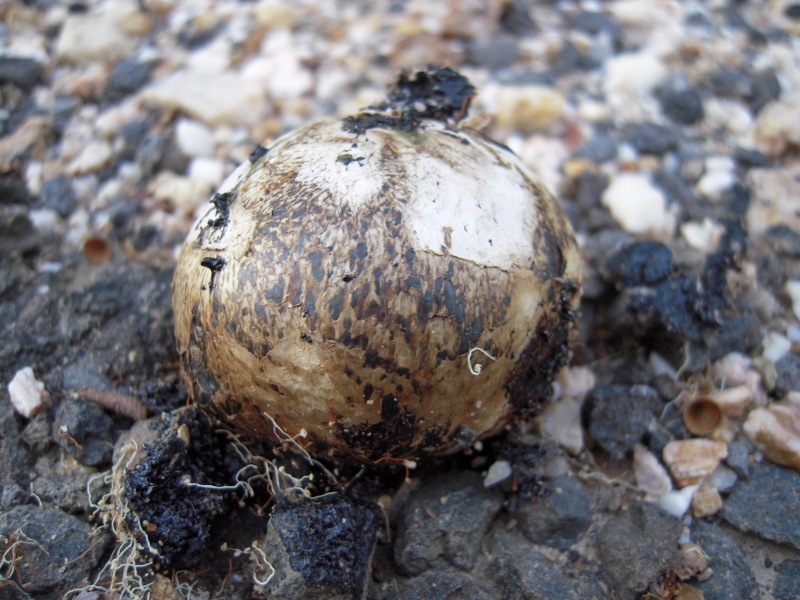 Horse Dung Fungus [Pisolithus tinctorius] pushing up through the bitumen surface of the Irishtown road: fungi are impressive weightlifters.