Weeds are for burning

In December we criticised DSE’s management of the Quartz Hill management burn [see ‘The uses of fire‘] on the grounds that the exercise failed to do anything about the prolific weeds in the area. FOBIF has now written to local Parks Victoria rangers urging that fuel reduction exercises in our region concentrate on areas close to settlement, and that they be integrated with a weed eradication strategy.

In our opinion such programs are not only ecologically sounder than broad area burning of remoter forests but also have better safety outcomes: and this view seems to have been confirmed by documentation widely aired in January [see our posts here and here].

In particular, however, we believe that a detailed plan needs to be devised and carefully implemented for the management of the section of Kalimna Park west of the tourist road and running up to housing on the town edge. 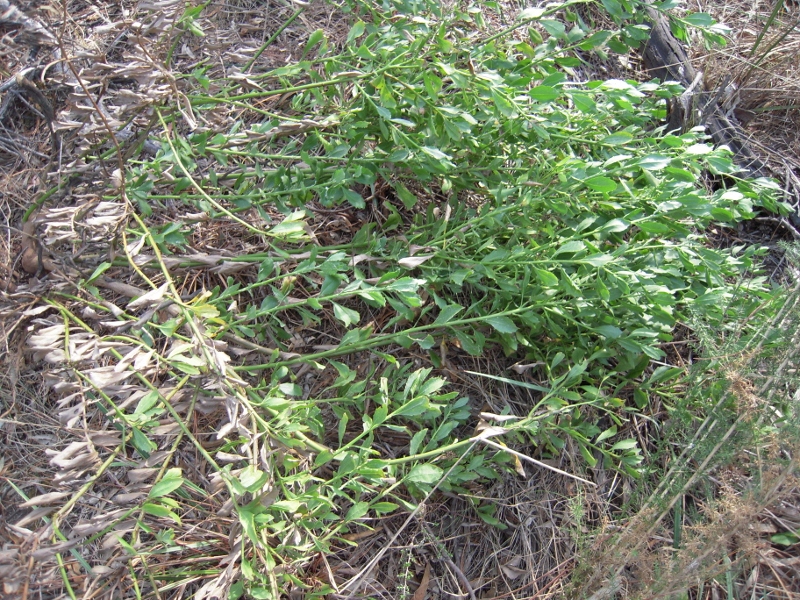 African boneseed collected by Friends of Kalimna Park: FOBIF believes that fuel reduction programs should be concentrated close to settlement, and be combined with weed clearance.

A section of this area has been marked for burning by DSE for weed clearance, but we believe that a much more comprehensive approach needs to be devised for the whole of this important area. It is heavily infested with flammable [gorse, pines] or potentially flammable weeds, but sections of it are botanically very rich: it can’t be simply ‘swept clean’ in a simple operation, but needs detailed understanding and a careful implementation strategy involving a range of fuel reduction techniques.

Obviously such an approach would be more labour intensive than, for example, the proposed burning of Tarilta Gorge. In our opinion, however, it would be far more useful from the point of view of public safety.

Moreover, an effort by Parks Victoria to come to grips with the detailed management of Kalimna and other areas close to townships offers opportunities to engage Park neighbours and Friends groups in actively attacking the problem of weeds as well as getting a better understanding of fire safety issues.

Parks Victoria has been developing a weeds strategy for this region for some time. We’ve made enquiries as to what stage this is up to, and whether it considers the fire dimensions of environmental weeds. Watch this space