The uses of fire

FOBIF has written to Parks Victoria to clarify some questions arising from the Quartz Hill, Chewton, Asset Protection management burn of a few weeks ago.

What interested us was that the burn was pretty severe on native undergrowth [as was indeed its purpose], but relatively feeble on the blackberries, gorse, bridal creeper and pampas which infests the area in question [see photo below].

Members who have read our post on DSE’s new code of conduct will know that we are at a loss to know why the Department cannot be more systematic in using fire to clear out what we all agree are unwanted–and flammable–elements in our bushlands. 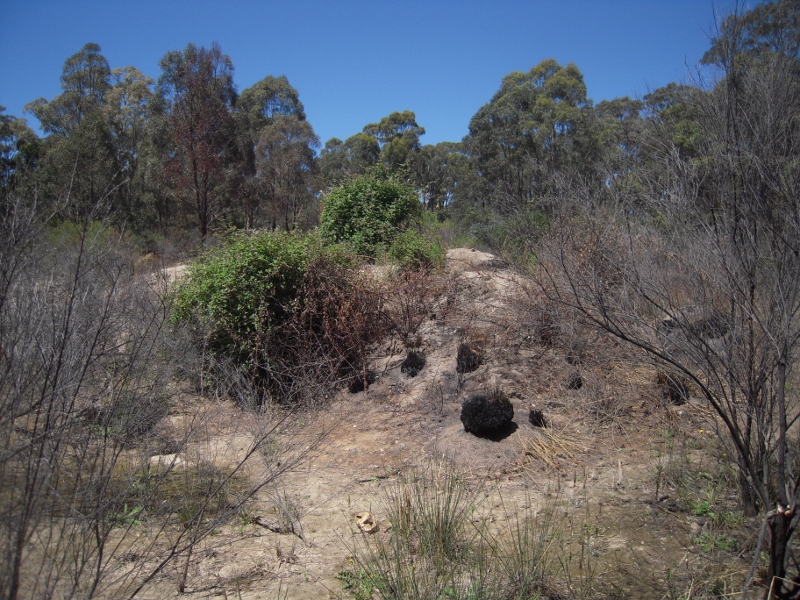 Singed but not seriously: blackberry near the Quartz Hill track after the management burn. A couple of hundred metres behind the photographer, the native undergrowth is flattened.

In the case in question, the management fire burned deeply into Sailor’s Gully, but somehow failed to clear out gorse along the gully; and it completely failed to make an impact on large patches of blackberry in the lower gully. Obviously this is a function of the relatively low flammability of this vegetation at this time, but at the end of a hot summer this stuff is just as much fuel as a stand of Dusty Miller: we believe that the Department should be as enthusiastic to get rid of it now as it appears to be to get rid of native fuel.

We’ll publish Parks Victoria’s reply when we get it.