Government under fire over fire

Following the release of ANU research showing that current fuel reduction practices are not improving public safety [see our post below], the press has reported that DSE has been burning widely in remote bushland, but has neglected to effectively reduce fuel loads close to settlements identified by the CFA as being at risk from major fire.

The Age reported on January 23 that ‘both Labor and the Coalition adopted the royal commission’s recommendation to burn 5 per cent of public land, or 415,412 hectares annually, by 2013-2014, tripling planned burning across Victoria. But one of Australia’s leading fire experts has told The Age the target has little to do with protecting human life and assets and he would like to see it ”disappear in due course”. 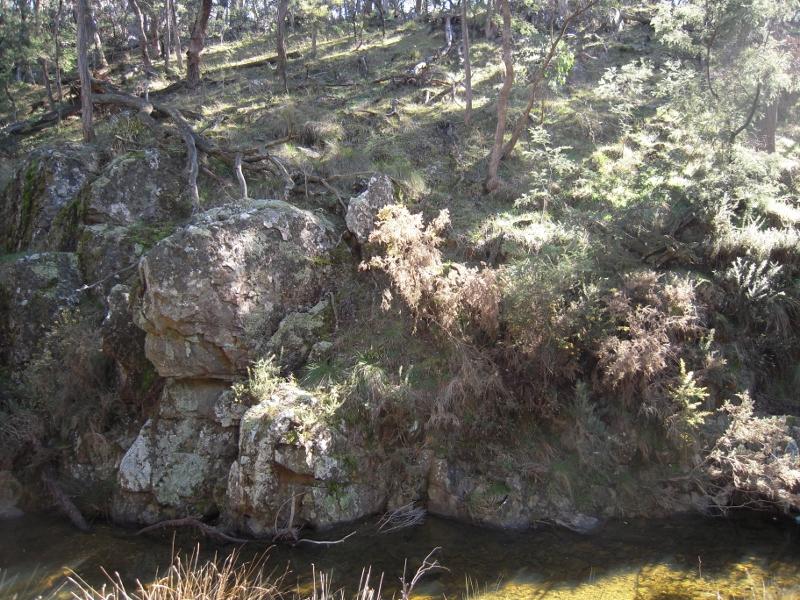 Tarilta Creek, in the Upper Loddon State Forest. DSE is preparing to burn this remote area as part of its current fire operations plan. FOBIF believes that the Department should concentrate its resources on using a variety of methods to reduce fire risk closer to settlements.

‘Melbourne University’s Kevin Tolhurst, one of the commission’s expert panelists, told The Age that while the government’s planned burning program factored in the most fire-prone parts of the state, the target itself was not directly linked to protecting communities.

The Age report points out that  ‘A leaked document has revealed the government’s multimillion-dollar planned burning program – designed to burn off bushland to curb damaging fires – achieved only 16 per cent of its target in the densely populated central region, which includes 54 towns and suburbs assessed by the Country Fire Authority as facing extreme risk this summer…

‘[DSE] burnt only 1818 hectares of the 11,400 hectares it was aiming for in the central region, which covers Melbourne and its urban fringes, including the fire-prone Dandenongs and Yarra Ranges. But in the less-populated north-east, where 20 towns are at extreme risk, the department burnt 64,969 hectares, or 150 per cent of its goal.’

Although there has been some political crossfire on this issue, it is worth bearing in mind that both sides of the political spectrum have supported the 5% burning target, which, as we have pointed out, inevitably pushes DSE to aim at burning widely regardless of the usefulness of the exercise.

It is quite likely that DSE has very good reasons for its failure to reach its target in the Central region: wet weather being an obvious one. We believe that within the limits of its resources the Department has been trying to do its job: this is evident in the various examples we have seen of grass mowing and fuel clearing close to Castlemaine. This is not really the point at issue: what is important is to focus on the policy that is driving our land managers to mindlessly chew up the country with little benefit to safety and probably lots of damage to the environment.

FOBIF’s experience with DSE burning practices in the Castlemaine Diggings National Heritage Park and on Mount Alexander has convinced us that the Department does not have the resources to pay close attention to what happens in broadscale remote burning.

Interestingly, Dr Tolhurst told the Royal Commission last year that ‘the proportion of the landscape burnt also depends on how it is applied across the landscape in terms of its strategic location. …A study done by Dr Karen King [found that] strategically located prescribed burning on 5 per cent of the landscape achieved similar to what 10 or 15 per cent achieved where it was randomly located.’

FOBIF used this opinion to argue [futilely, as it happened] that the Royal Commission should not recommend a global percentage target for reduction burning. Our submission to the Commission said, in part:

‘We are at a loss to understand how it has become a priority to burn widely [and often, in our view, indiscriminately] in bushland, when waste lands closer to settlements are crying out for fuel management by a variety of means. We refer here in particular to the Bracewell Street fire in Bendigo in February 2009, which gained its force in pampas grass infested gullies, and burned largely through wasteland.’

This view was similar to that expressed by Bendigo environment organisations. The revelations of this week seem to have confirmed it.