This is Bernard Slattery’s contribution to the FOBIF turns 25 show.

Bushland reserves are often blocks of land left over after being thoroughly thrashed: having been exploited to the hilt, they’re rather flatteringly named ‘reserves’ and left to a kind of benign neglect. Battered though they are, some of them are amazing biodiversity reserves.

There are quite a few in this region, and I used to have a compulsion to cycle around the country checking them out. One of the most striking is the disused mine and quarry workings at the south end of Blanket Gully road: Guildford Bushland Reserve. 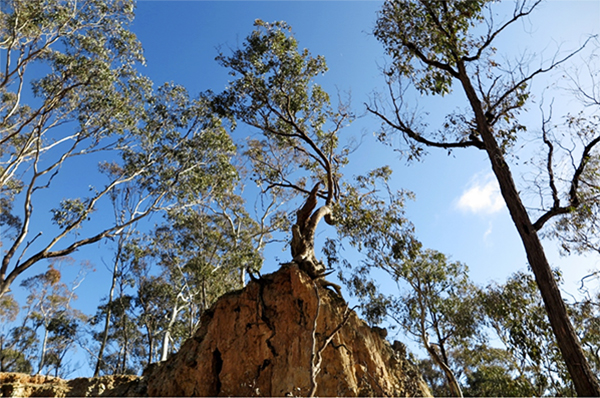 What can you say about this amazing place? It’s hard not to be horrified by the impression that some monster has torn through it in a fury, then left without a backward look. In a way this is true: the site seems to be a relic of times when miners weren’t obliged to rehabilitate their works.

On the other hand, there’s something mesmerising about the place: the colours, the extraordinary scars torn through the landscape, the heroic efforts of the vegetation to re-establish itself—all this tells a dramatic story, and, what’s more, a story which has a way to go. 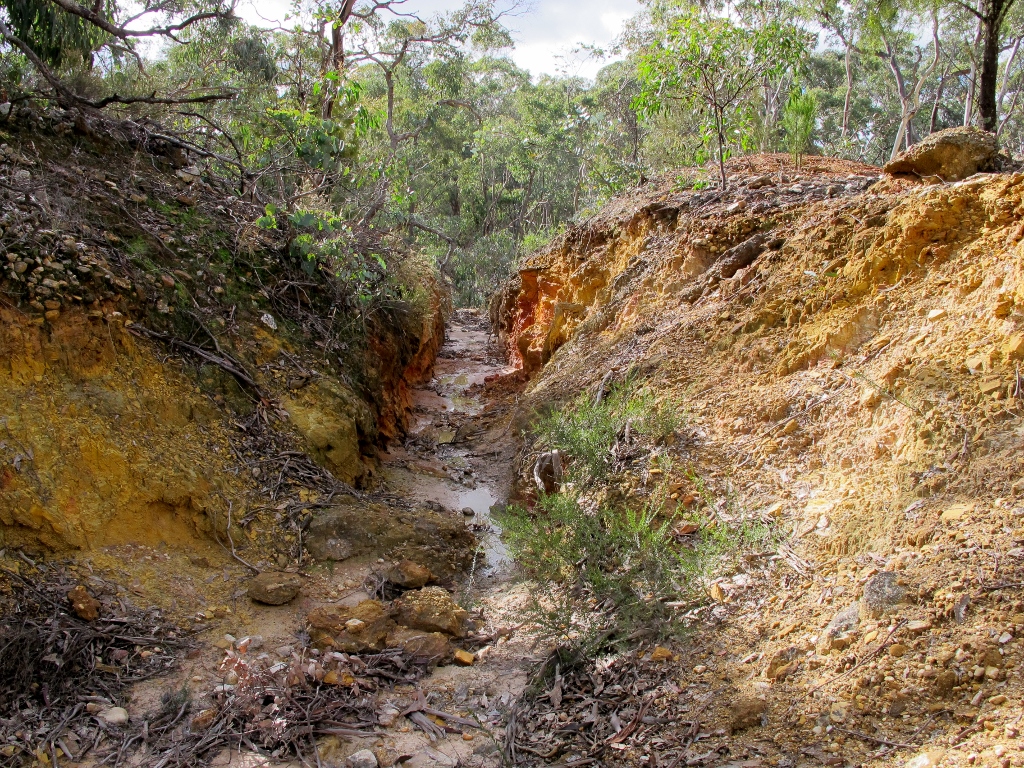 And there’s a certain embarrassment in the site, as well. We may choose to be disapproving of past practices, but there’s a bit of truth in the aggressive bumper sticker proclaiming that ‘everything you own, wear, use, and eat has been cut down or dug up from the ground’. This site is challenge: ‘you don’t like it? Well, do better.’ 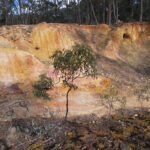 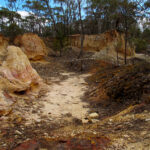 As explained in a previous post all contributions to the FOBIF turns 25 exhibition are welcome and will be posted on this site. A selection will be chosen for display in at the Arts Hub, which will run between 25 February to 13 March 2023. You can see the current contributions here.

This entry was posted in FOBIF turns 25, News. Bookmark the permalink.