Dialogues of the deaf 1: two arguments that never meet

Does fuel reduction burning work to reduce fire risk? For fire managers there is no debate. Their practice is governed by assessments of fuel load, and computer modelling of fire behaviour.

Managers concede one thing: that some burns are too hot, and may cause undue vegetation growth—that is, to increase fuel loads. They attribute these malfunctions to the difficulty of getting the right conditions for burning: and things do have to be right: temperature, wind, soil moisture… Factor in political pressure, especially from those who fervently believe that the only way we can be safe is to burn the bush black as often as possible, and the managers are in a challenging situation. 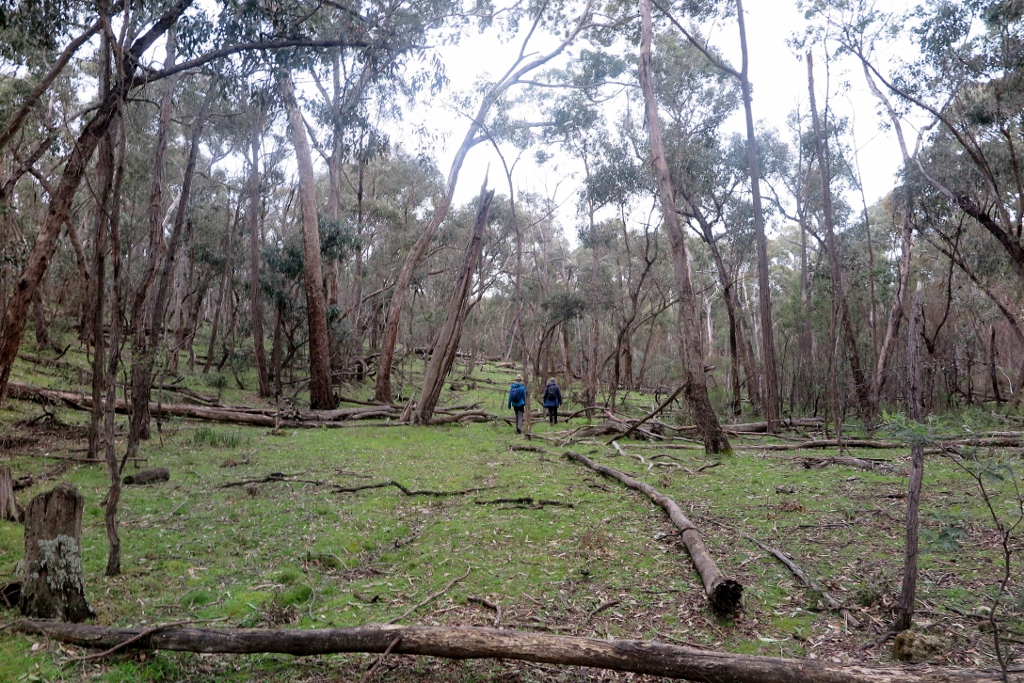 In the Fryers Nature Conservation Reserve: this area is slated for a fuel reduction burn. How will it look in a couple of years?

How can we make an informed judgment on the managers’ success? It’s hard, if not impossible, to get the managers’ internal post burn assessments—ie, their judgments on how much fuel had been reduced. Instead, we have assertions as to how this or that bushfire was brought under control after it had been impeded by a fuel reduced area. There were a lot of these at the Black Saturday Royal Commission.

But what about systematic assessments of the effects of fuel reduction? A rare example appeared on The Conversation website last week. Among other things, its authors claimed that in the NSW Black Summer fires, ‘Where prescribed burns had very recently been carried out, the bushfires were marginally less severe, about half of the time’. This is despite the fact that in the previous ten years the amount of forest ‘fuel reduced’ was the largest in the state’s history.

Further, the authors examine fire history in WA, and conclude that ‘Bushfires were three times less likely in old (ie, unburned) forests than they were in recent prescribed burns’. They argue that this is because forests left to themselves tend to thin out the flammable shrub layer; burning actually promotes growth of this layer.

So there are broadly two sides to the fire argument:

This is the nightmare world of ‘alternative facts.’ Only one side of the argument can be substantially true. But how do we sort out which one?

The problem is that these two sides of the argument never seem to communicate. We offer an example below.

1 Response to Dialogues of the deaf 1: two arguments that never meet