Grevillea: check out a local speciality

Malmsbury Landcare and the Threatened Species conservancy have devised a project to map the distribution of our local rare Grevillea species, Grevillea obtecta – the Fryerstown Grevillea. The project uses a mobile phone app to capture and save data whenever a user locates and reports a population of this threatened species.

The app will be launched with an awareness and training session at Lauriston on Saturday March 12 at 1.30 pm. Participants will be shown how to download and use the app and there will be a field trip into nearby Lauriston forest reserve and the Fryers Forest to see some plants.

Fryerstown Grevillea is generally found in the Fryers Ranges from around Taradale south west to the Porcupine Ridge area. The Lauriston population is an isolated and unusual form. The plant flowers from around mid-October to mid-November but is easily recognised by its unusual leaves at any time of the year.

The project will help build up knowledge of this rare plant—one of ours!

The session is free, but you need to register: click here for details. The precise venue is still to be announced. Click on the image below to see full version. 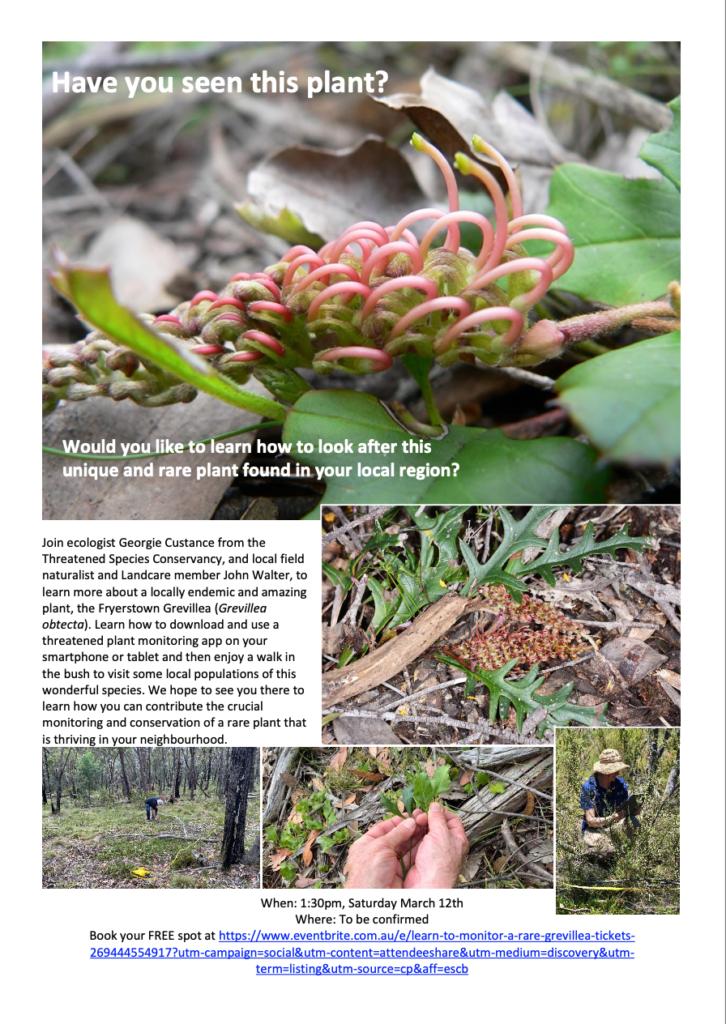