Strategic fuel breaks: is it necessary to flatten nature to make our forests safe?

As we reported on August 16, DELWP is planning to create fuel breaks in this region, both near settlements and through bushland: ‘Strategic Fuel Breaks are a strip of land where vegetation has been permanently modified to reduce the rate of spread and intensity of fire for the direct protection of assets and/or assist fire control.’ (FOBIF emphasis). 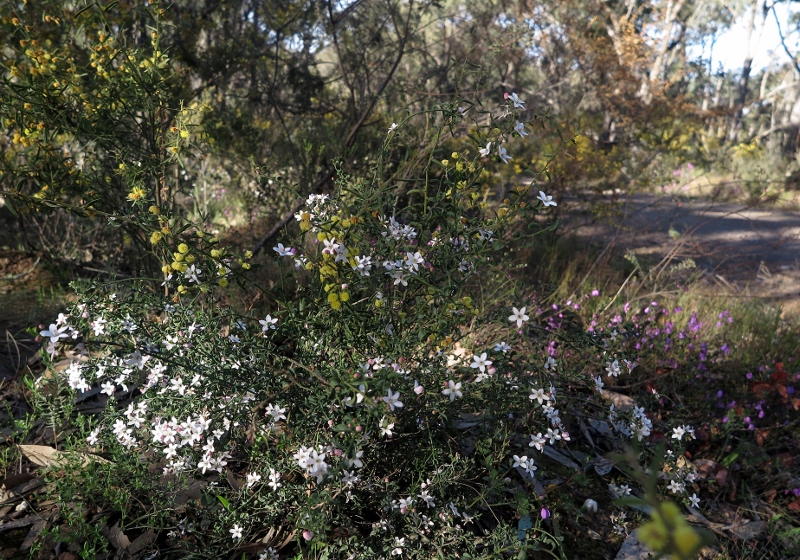 Fryers Ridge road: how would this verge look when turned into a fuel break?

The breaks will generally be along tracks or roads. They could be up to 40 metres wide, including the width of the roads, though in our region they may be narrower. There is some confusion about how they’ll look: some documents say that they are mown down and mulched to 10 centimetres, others that they can resemble ‘open grassy wood or heath lands.’ The difference is important: no heathland would survive being mown and mulched to 10 centimetres. We’re hoping to clear up exactly what is meant by the breaks proposed for our region.

Some of the proposed breaks are centred around Castlemaine and Chewton, others are planned for the Fryers Forest and the Diggings Park, including Fryers Ridge road and Porcupine Ridge road.

Last Monday the FOBIF committee adopted the following position on the breaks:

–an amenity catastrophe: the status of the roads as wildflower hotspots will be perhaps definitively damaged. We believe that the view shown in the above photo will no longer be seen along these roads.

–a very serious reduction of biodiversity value for the whole of those forests, regardless of the protection offered to pockets of endangered species.

FOBIF is acutely aware of the risks posed by fire in a warming climate. We believe, however, that fire protection measures should be undertaken with every effort made to avoid damage to natural systems. There’s not much point in destroying the village to save it.

Is it possible to manage vegetation along major bush roads so as to ensure firefighter safety, without reducing vegetation to a lawn? We hope so.

So far, consultations between local environment groups and the fuel breaks team have been constructive. We hope they continue that way.

2 Responses to Strategic fuel breaks: is it necessary to flatten nature to make our forests safe?