The cost of deer

The Victorian government’s Deer Control strategy was at last released on October 30. You can find it here.

The strategy contains some quite frightening info—with photos— about the damage increasing deer populations are doing to the agriculture sector and protected areas, and the safety threat they pose on our roads. Having done that, however, and made some gestures at control measures, the strategy reveals itself as a bit of a paper tiger: it offers no detail about the extent of control measures proposed, no indication of the total resources allocated to control, and no timeline for its objectives. It effectively maintains the current perfectly bizarre situation where deer are officially a protected species. That’s not essentially different from declaring the cane toad as protected. 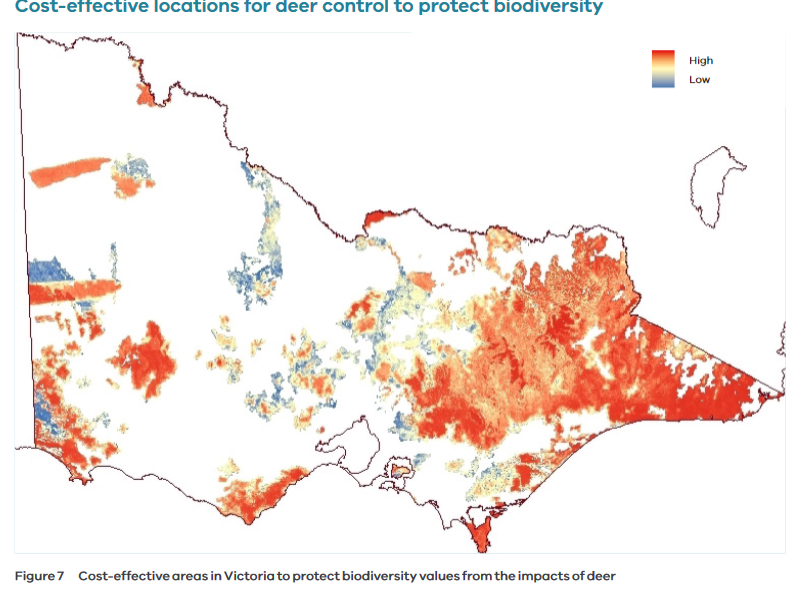 Map showing areas of Victoria where it would be worth putting in the effort to control deer…given the current rates of population expansion, this map could be different in a few years. Source: Deer management strategy

Perhaps the explanation for this is to be found in a statement by Agriculture Minister Jaclyn Symes: “Under this new strategy, recreational hunters will have more opportunities to help with control programs on public land, continue to hunt in more areas and be able to ethically source wild venison.” (our emphasis)

As we’ve pointed out about the draft document two years ago, it’s not really a deer control strategy: it’s a hunting strategy. The government has favoured the hunting lobby over environmentalists, farmers and peri urban municipalities: a spectacular example of the power of that lobby…

Deer are not yet a serious threat in our region: but sightings are increasingly frequent, and at current rates of population growth, the prospects are not great.