How not to do it 1: the Maldon catastrophe

Grooming (that is, slashing to ground level) is common fuel reduction technique close to urban areas, in preference to reduction burns.

One of the workers conducting the exercise told Maldon Landcare that the area was ‘weeds and dead stuff’. The problem is that in fact it contained one of the most successful and biodiverse areas of land restoration in the region. 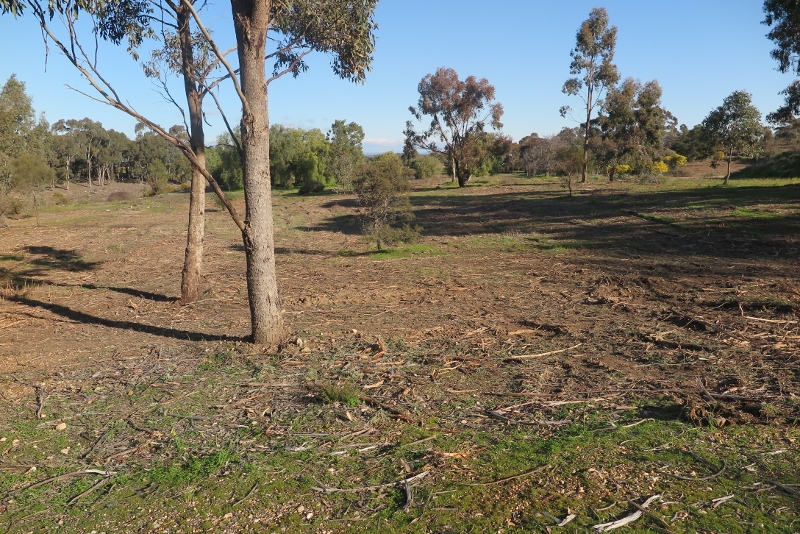 Phoenix Street revegetation plot: two trees and a couple of shrubs left to show for 16 years of restoration work.

The land in question contained a plot of 7000 square metres of impressive biodiversity, the product of 16 years of restoration work. Work in the area was started in 1990 by Maldon Land Protection Group, and extensive plantings were put into this 7000 square metre block by Maldon Urban Landcare in 2004. Maintenance work has continued since then.  An account of the project can be found here.

The destruction of sixteen years work in a few days is a demoralising blow to Landcarers: not the best way to encourage volunteers to work on restoring public land. Here are a number of questions arising from this exercise:

FOBIF has tried contacting DELWP fire management with these questions. We’ll let you know if we get an answer.