Readers of the daily press will have noted the damning report on Australia’s biodiversity protection laws, which concluded, among other things: 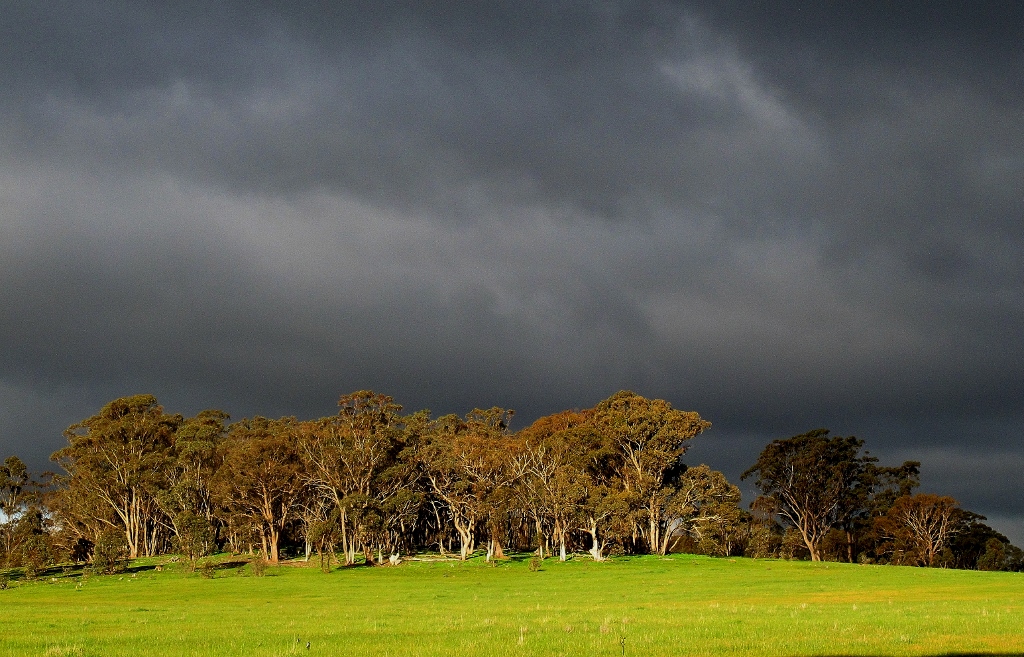 Muckleford Castlemaine road, winter: What is holding this landscape together? This is one of the questions provoked by the Biodiversity report.

If you want a bit more detail on the horror story, click here. The draft report is open for consultation till August 17. To have a go, click here.

The government has responded to the report by sending out signals about ‘cutting green tape’—always a bad sign, and mostly meaning ‘cutting environmental protection’.

Here’s an opinion worth brooding on, from conservation ecologist Megan Evans:

‘The EPBC Act is in genuine need of reform, but many of its problems can be fixed with investment in basic regulatory infrastructure – think actual IT systems, not hard copy records – and on-ground action that science has demonstrated to be effective, but continue to go unfunded.

‘Stopping extinctions isn’t even that expensive.

‘The latest science estimates 1,700 of Australia’s threatened species could be recovered with about $1.7 billion annually. For comparison, Australians spend about $13 billion a year on pet food.’

That last figure comes from a 2019 survey by Animal Medicines Australia. It’s not an argument against pet ownership, but it is a question mark against our priorities.