When we published the photo below five years ago, the only features in this bleak wasteland were a single golden wattle, a pile of rubbish, one patch of Gold Dust Wattle, and two small bushes of Daviesia ulicifolia, Gorse Bitter Pea. We gave the photo the caption, ‘Is this the saddest sign in the region’? 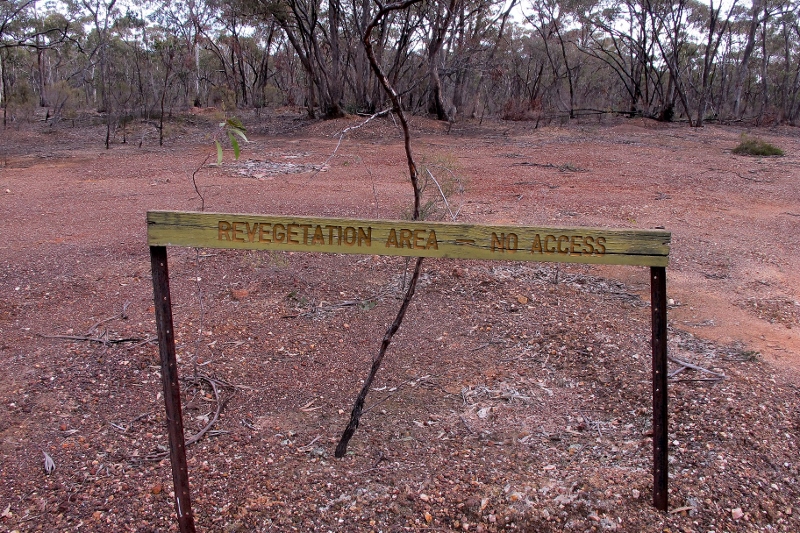 Sign near Perkins Reef, June 2015: at the time we asked, ‘is this the saddest sign in the region?’

The sign retains its decrepit quality, characteristic of much of the signage on public land in this region. The news for the landscape could be worse, however: we counted about 20 eucalypt seedlings (much browsed), not one but two species of pea, a few coffee bushes and much moss and lichen. Gold Dust Wattle is creeping in from the edges. The Golden Wattle is gone, and the rubbish is still there, plus a pile of what looks like eucalypt cuttings.

The same sign five years later: hanging on, hanging on. But believe it or not, that bleak ground now supports many eucalypt seedlings, together with two species of pea plants, some coffee bush, much moss and lichen…Give it a few hundred years…

OK: it’s not a paradise of biodiversity, but it’s a start. Give it a few more years…or a few hundred.