Oceans of blossom, thousands of questions

The photo below shows fields of Woolly Wattle south of the Wewak Track, east of Porcupine Ridge. The wattle is interesting (and beautiful, of course) for the fact that its blossom can vary from pale yellow to dense lemon colour, often on the same plant.

Also interesting, in this case, are the blackened tree trunks, the result of a management burn in 2010. Before this fire, the burn zone was open woodland, with an understorey of tussock grass and shrubs. Now it’s virtually impenetrable, a dense thicket of Hedge Wattle, Woolly Wattle, eucalypt saplings and other growth. 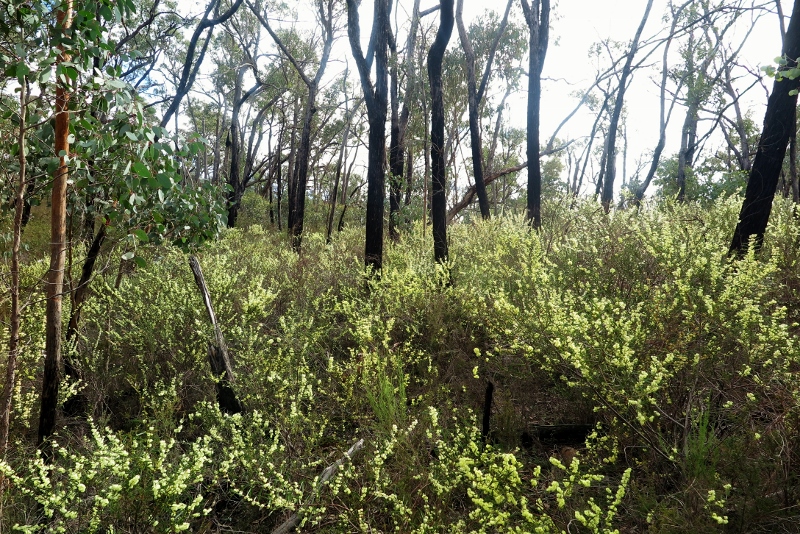 Oceans of Woolly Wattle (Acacia lanigera) framed by the blackened trunks of eucalypts burned by DELWP in 2010. The message is: fire has a complex biological role in our bushland, and reduction burns sometimes produce rampant regrowth in the medium term.

Compare the above with the photo below taken in the same zone after the 2010 burn. At the time FOBIF was shocked at the severity of the fire, which killed many large trees. 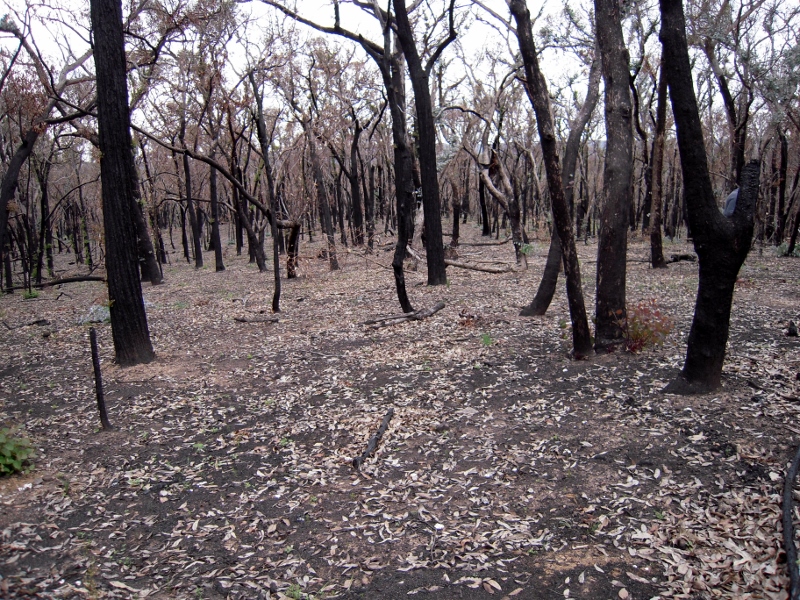 The same zone, November 2010: the intense fire has produced dense regrowth, probably the most impenetrable in the region

The lesson to be drawn from these two photos: fire can regenerate as well as destroy. We don’t know what effect this management exercise has had on the zone, biologically, because we haven’t seen the before/after monitoring…if there is any. From the point of view of fuel reduction, however, it seems to have been counter productive.

This is not an argument against fuel reduction burns. But it is an argument for exercises which are better resourced, better researched and, perhaps, better managed.

1 Response to Oceans of blossom, thousands of questions