A small population of a daisy-bush never found in Mount Alexander Shire before (as far as we know) has been discovered in bushland to the north of Newstead. Found growing under Grey Box and Yellow Gum trees, the erect daisy-bush stands 30cm tall with lilac flower-heads approx 10mm diameter. Experts at the Royal Botanic Gardens Herbarium in Melbourne identified it as Olearia floribunda Heath Daisy-bush. 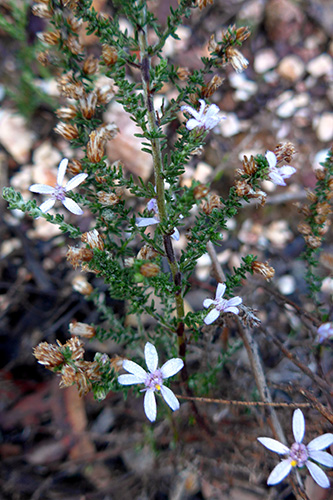 Heath Daisy Bush in the Muckleford Forest near Newstead, photographed by Frances Cincotta

Perhaps why it hasn’t been noticed before is that when the Heath Daisy-bush is not bearing flowers, at a distance you could easily mistake it for two other local species which are abundant in the same area – Cassinia sifton Coffee Bush/Drooping Cassinia, or Ozothamnus obcordatus Grey Everlasting. These 3 species are all in the daisy family (Asteraceae), but they each have very different flowers so you would never get them mixed up if they were flowering. 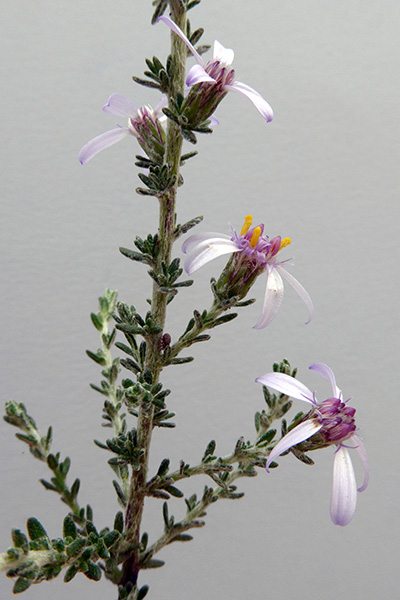