More evidence of systematic looting of our bushlands: trees cut down and removed from the circuit walk in Kalimna Park.

To put this practice in context, it’s worth considering some of the social media reactions to it. For example, a report on Parks Victoria’s Facebook page about the arrest of a man caught stealing 2 cubic metres of wood from Chiltern provoked 521 comments. Most supported the idea of resisting wood theft, but plenty didn’t. A sample of their comments is below: 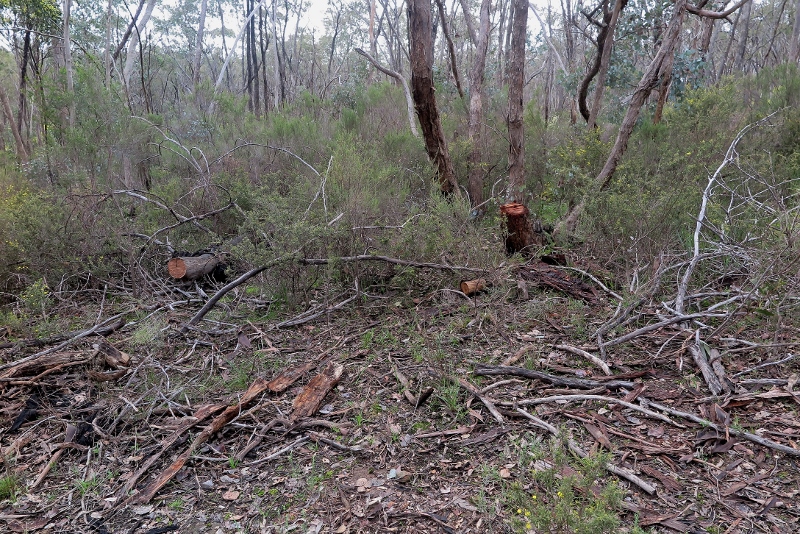 Kalimna circuit track, August 20: A tree here, a tree there: systematic pillaging of the bush continues

‘You do absolutely nothing in our area Parks, no weed reduction, no landcare whatsoever. You just cost taxpayers a fortune changing your name all the time.’

‘He was probably going to give the wood to some elderly residents..
Thats ok, they can freeze to death while the fox will find another habitat to breed and take our lambs and lifestyle..’

‘Probably the same bloke that has cleared many a tree from a rd or track weeks after it has fallen across because parks delwp or whoever they blame, can’t do their job even when reported to clear it. But gets gutted when he collects some fire wood for his family’

‘Bad enough, not allowed to take fire wood for a basic human need, WARMTH . But when did our once great nation become a nation of give ups & dobbers.’

A significant proportion of our community is not convinced by the idea of conservation: Parks faces a very significant challenge in community education to solve this particular problem.