The picture below shows two mature Ironbarks cut down and removed from alongside the Poverty Gully track in the Diggings Park. Illegal timbergetting from public land has become a bit of a plague lately, and FOBIF has heard both from nearby residents and from rangers of what seem to be semi professional operations effectively looting the park. 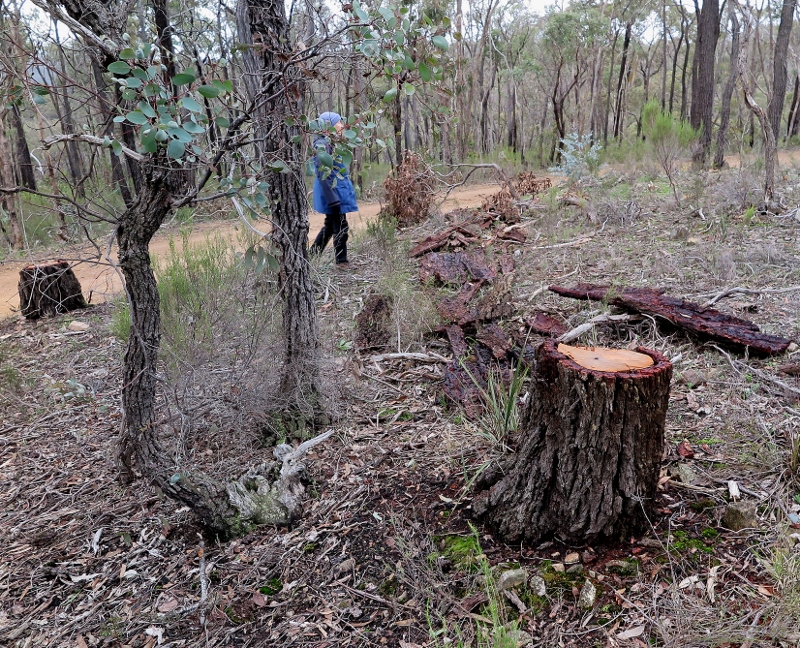 Poverty Gully track, July 17: two substantial trees have been cut down, cut up and removed. The pattern has been repeated across the area adjoining Castlemaine and Campbell’s Creek

According to DELWP, ‘Under the Forest Act 1958, people who collect firewood outside designated firewood collection areas or a firewood collection season or take more than the maximum allowable amounts can face fines of up to $8,059, or a maximum penalty of one year imprisonment or both, if the matter proceeded to Court.’

We believe Parks Victoria has embarked on a new effort to tackle the problem. No details are available, and in spite of the odd arrest, the results aren’t convincing. It’s hard to supervise large areas of forest at any one time: if the infractions are of a commercial scale, the appropriate approach would seem to be to investigate outlets, as was done in the
Bendigo area successfully in May.