A large group rocked up to FOBIF’s July walk on Sunday, led by Damian Kelly, author of the recently published Castlemaine Bird Walks. The walk covered a section of the north eastern corner of the Maldon Historic area. The weather was fine and cool, and the birds discreet—but they were there to see: the best list for the group was 38 species, and the prize sighting was some nest building babblers. 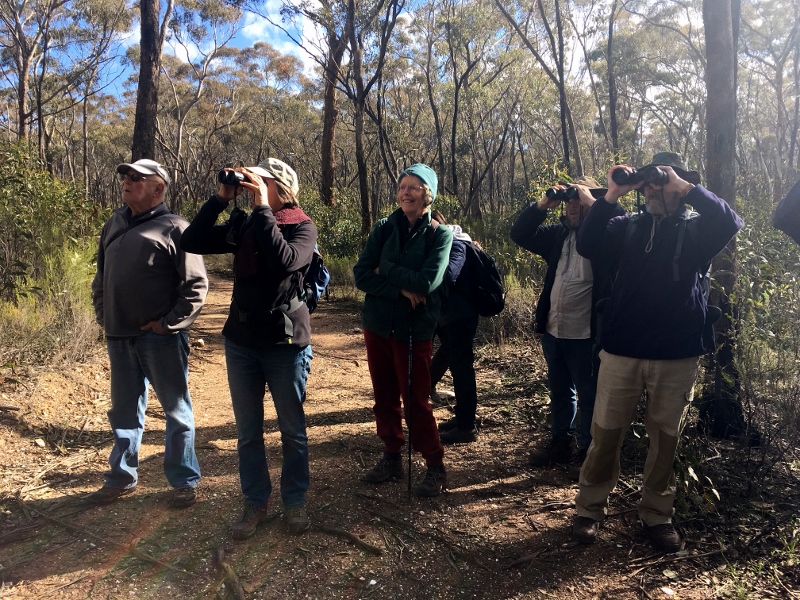 In the Maldon Historic Reserve yesterday: the birds were discreet, but they were there for the observer.

A shorter version of this walk is described on pages 98-102 of Damian’s guide, with a map on page 102, and suggestions on possible sightings. The book is available at Stoneman’s Bookroom, or via the Castlemaine Birds website.

An interesting feature of this walk, between Muckleford station and the Smith’s Reef dam, was the contrast between the quite spindly tree cover in the Historic area and the fine, very old eucalypts on some of the surrounding farmland: a haunting sign of the rashness of past forest management practices. The photos give an idea: 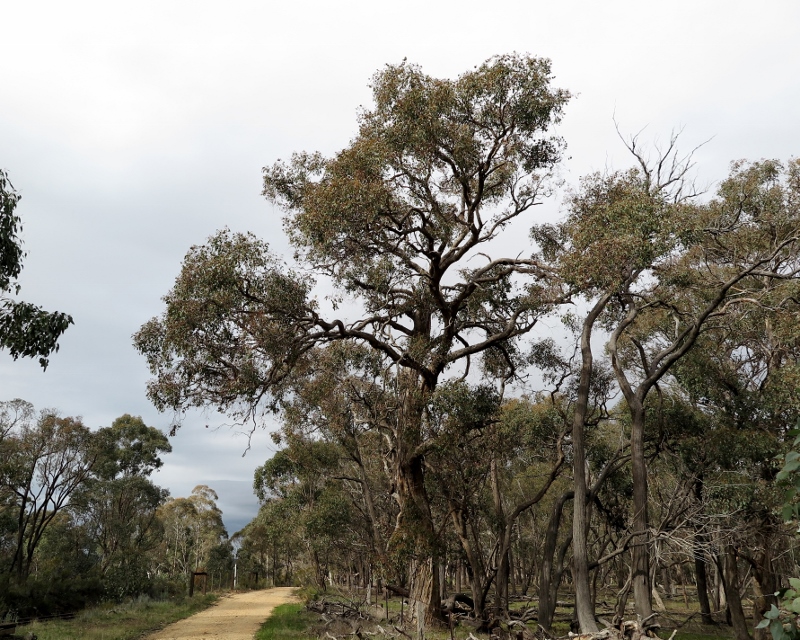 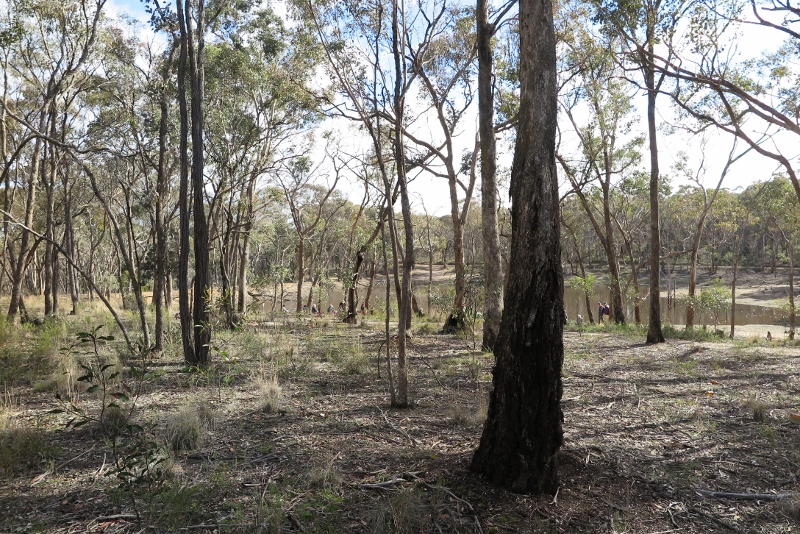 FOBIF walkers at the Smith’s reef dam: spindly trees are the norm in the reserve.