The draft plan is a challenging, even exhilarating document. Its objectives are ambitious: 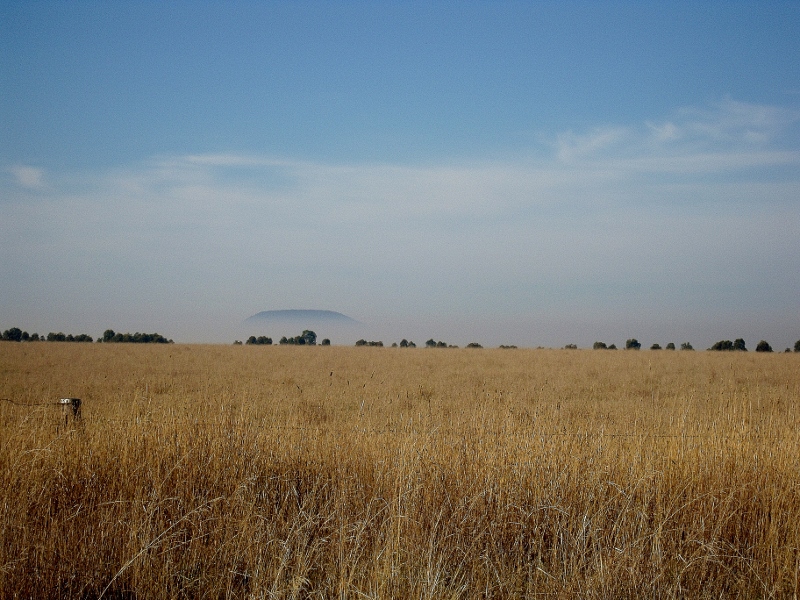 Mount Franklin from Muckleford: the distinctive dark cap is a pine plantation, a quite unnatural imposition on the volcanic cone. One of several proposals for land restoration in the plan is to gradually restore native vegetation to the mountain.

It’s fair to say that conservation reserves are currently regarded as places to visit, refuges from the ordinary run of daily life. The idea that they could actually be a central part of a community’s culture is still a radical one.

The draft plan is too complex to summarise in detail, but here are a few challenging ideas:

— ‘The use of Dja Dja Wurrung language names for places and features of cultural significance is a key priority for DDW People.’

–‘ Gradually restore native vegetation to the Lalgambuk (Mt Franklin) section of Hepburn Regional Park in order to recognise and restore the outstanding cultural significance of this place to DDW People.’

— ‘Dams fragment the watercourse they’re built on, preventing movement of aquatic animals between parts of the stream on either side of the dam. Dams and channels can decrease gatjin [water] flows downstream, particularly in low rainfall periods, reducing streams to disconnected pools, or causing problems associated with low flows, such as algal outbreaks.’

— ‘Manage road, track and trail maintenance to protect natural and cultural values All and maintain (and where possible reduce) the extent of road verges.