A curious feature of the Creekways Plan is its bland listing of ‘trees’ as one of the three main risks to humans from the creeks.

We all know trees can do a lot of damage when they fall or drop branches. You need to use your common sense when around old Red Gums, for example. But users of Forest and Campbells Creeks tracks in the last couple of months have been puzzled by what seems to be an amazing over reaction to this danger. 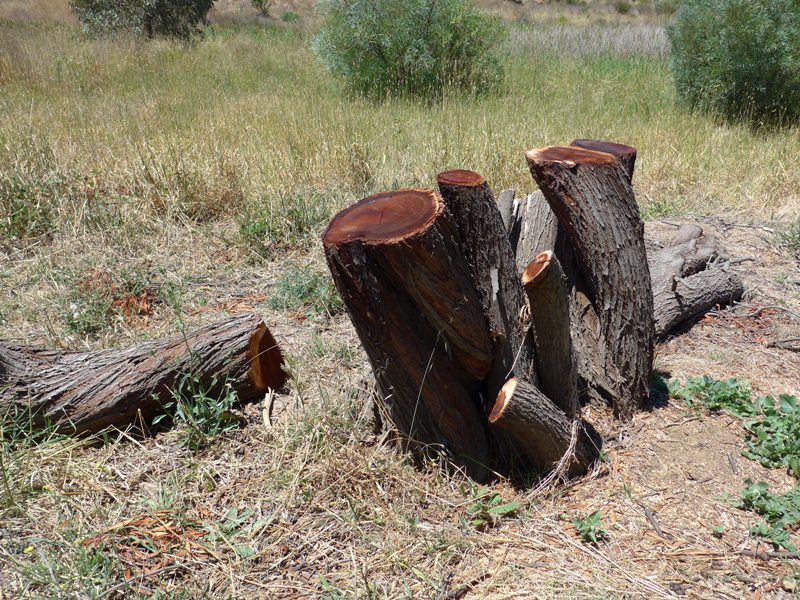 Blackwood (Acacia melanoxylon) cut down and painted near Forest creek: Blackwood are a long-lived species that have excellent timber. They typically do not drop limbs until very old (50 years plus). The pictured tree had no signs of any rotting and was located three metres from the edge of the track.. Photo and text: Karl Just

The photo above shows the kind of lopping which has been done along Forest and Campbell’s creeks. In many if not most cases it’s  hard to see the danger offered by the massacred trees. It’s also very clear that the kind of assessments which categorised these trees as dangerous paid no attention to their biodiversity role.

It’s a bizarre feature of our society that nature is very often seen as a menace out of all proportion to its real danger: so snakes are much more feared than motor cars. In the case of trees, a recent investigation found that in the ten years 2007-16 277 people died in Australia ‘struck by a thrown, projected or falling object’–presumably a small number of these would have been falling branches. In the same period 523 died falling out of bed. Figure that out. 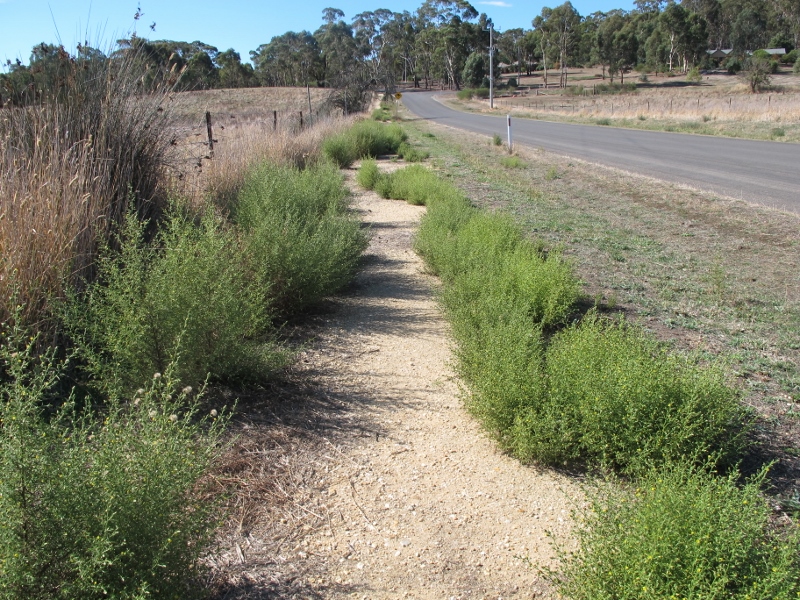 Stinkwort choking the Colles Road footpath. This noxious weed appears to have been spread by council or Vicroads vehicles.

While this tree lopping was being done, the footpath linking the Forest Creek track to the Pennyweight cemetery was being overgrown (again) by Stinkwort (Dittrichia graveolens), more or less pushing people to walk on the road verge. A proper concern for safety might see footpath clearing, not hacking at small trees, as a priority.

And while we’re about it: as we’ve pointed out before, the roadsides of the shire are infested with this Stinkwort, very likely spread by council maintenance vehicles. This is a noxious weed, and under state law municipalities are required to ‘manage noxious weeds …on land they manage’. According to Ern Perkins’ Wild Plants of the Castlemaine District, Stinkwort ‘taints dairy products and meat, can cause stock death by poisoning and bowel damage by the fluffy seed heads, and can cause dermatitis in humans’. 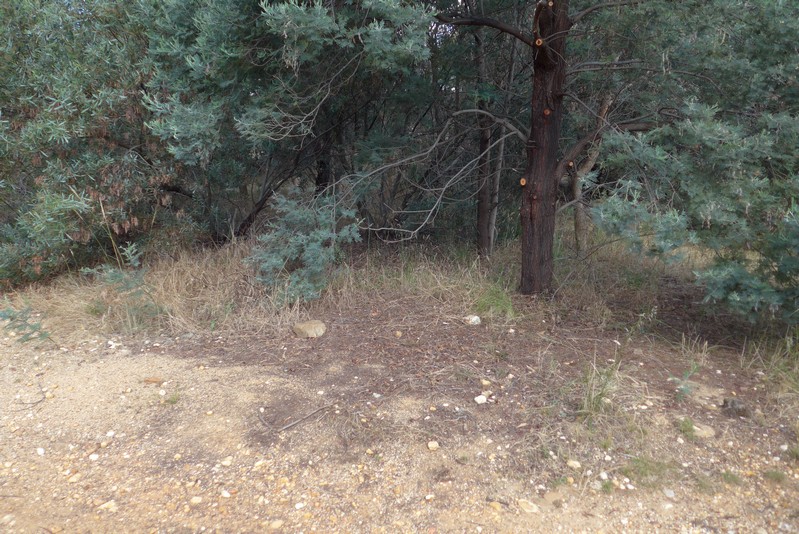 Prior to being pruned, this Silver Wattle was high quality habitat for the regionally rare Satin Azure butterfly, a small population of which occurs along Forest Creek. This butterfly species relies on an association with meat ants and Wire-leaf Mistletoe. The best habitat trees are wattles supporting mistletoe that have good access for the attendant ant species. This requires wattle branches that touch the ground next to meat ant nests, so that the ants can then easily access to the mistletoe in the upper branches where the butterfly larvae live. The pictured wattle was previously the best example of the wattle-ant association along Forest Creek but the weeping branches were removed, even though they posed no hazard. Photo and text: Karl Just