It’s always good to have an excuse to mention Silver Banksias. This time it’s the fact that they’re flowering on the Campbells Creek track right now.

Readers will remember that the once abundant species was almost wiped out in this region. Populations have been re-established by the Friends of Campbell’s Creek, and by Castlemaine Landcare on Forest Creek. 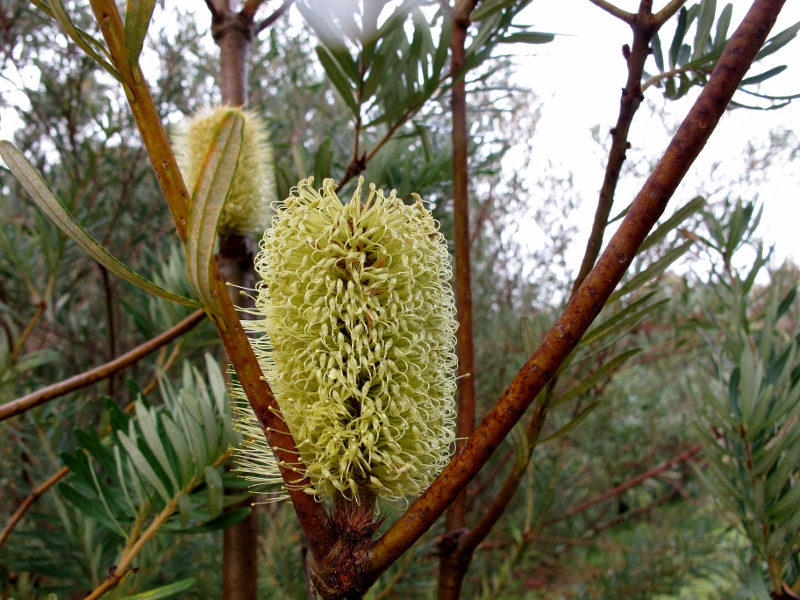 Silver Banksia (Banksia marginata), Campbells Creek, July 24: almost extinct in the region, it has a foothold thanks to efforts by Landcare groups.

When does it flower? Indigenous plants of Bendigo says between September and April. The Bendigo Field Naturalists’ Wildflowers of Bendigo says March to May. Leon Costermans  Native trees and shrubs says October to March. The Australian National Botanical Gardens says ‘can flower throughout the year, but mainly February to July.’ And they’ve been seen flowering on Forest Creek in January. That just about covers the options.