Biodiversity [1]: add this one to your collection

Victoria has a new biodiversity plan. Protecting Victoria’s Environment—Biodiversity 2037 was launched last week by the State Government. It can be found here. Readers may remember that FOBIF made a brief submission to the process of developing this paper last year. 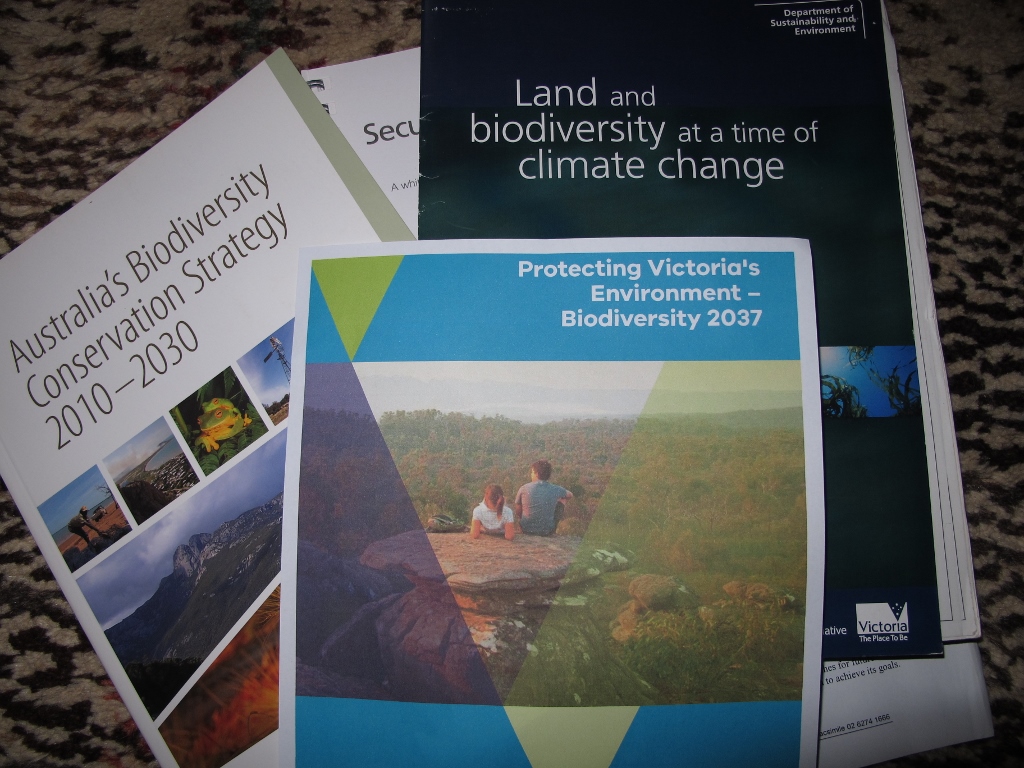 A selection from FOBIF’s library: there are stacks of strategies, but the actions are what count.

The first thing to say about it is that it’s part of a long running, perhaps never ending series of such documents, all adding up to an indictment of governments which seem to go on churning out policies never to be implemented. Remember 2005’s White Paper on biodiversity? Or the 2010 National Biodiversity Strategy? Or the dozen or so other papers by different government agencies? Of course you don’t. The current paper repeats a lot of the ideas of those two, but claims to be more strategic than its predecessors. On first reading, this is not at all clear.

For example, here are three targets:

Protecting Victoria’s environment 2016: ‘ All Victorians connecting with nature [by 2037]’.

Victorian Biodiversity White Paper 2005: ‘Goal: to encourage all Victorians to work together as effective stewards of our land, water and biodiversity.’

Worthwhile objectives, all of them. How successful have the earlier strategies been in achieving them? We don’t find out from this one. It’s pretty clear that you can’t have a healthy environment without people’s support: without that, governments will never have the nerve to act appropriately. This documents admits, remarkably,  that we actually don’t know what people think.   One of its aims is to ‘Undertake research to understand the community’s level of awareness of biodiversity and its relevance to them.’ In other words, we’re starting all over again.