Not news on the highway

Snakes are out and about, though they’ve become active a little later this year because of cooler conditions.

Obviously people should be careful in areas where snakes are likely to be present–and not only for their own safety.

The picture below is a dismal reminder of the annual massacre on our highways. As we’ve reported before, the kill rate on the roads is both frightful, and very often avoidable: and reptiles are special victims.

Another reason for slowing down… 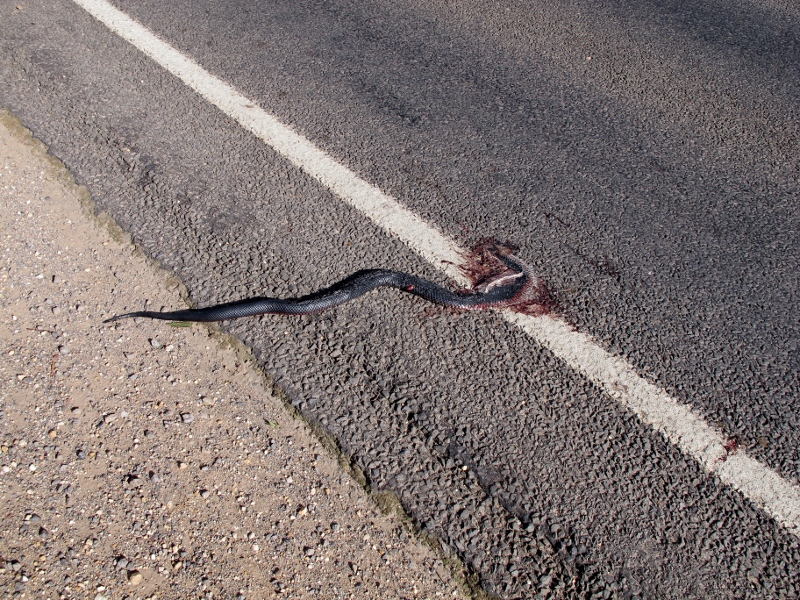 Pyrenees Highway, McKenzie Hill, November 9:  a sight so common as to be almost unnoticeable.

And on a more positive note: below is a photo of a turtle [any suggestions on the species? We think it might be a Common Long Neck–Chelodina longicollis] found by a driver in the middle of a dirt road in Walmer, and safely removed to the side of the road: 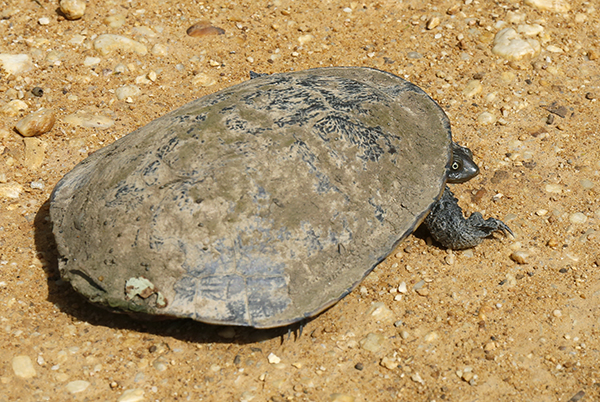