Shut the gate–if you can

Imagine a jewellery shop left open and unattended by the proprietor, with a notice reading: ‘feel free to appreciate the stock, but try not to trash the joint–and please don’t steal anything’. Possibly a majority of customers might oblige, but it’s a fair bet a few would take the opportunity to make off with a souvenir or two.

That’s what a lot of our public land is like. Understaffing in Parks Victoria means a ranger would be almost the most surprising sighting you could have in a park. We’ve become nearly  used to this, but we would like a modicum of infrastructure to keep the place in order.

A good example is the northern entry to the Ballantinia Track on Mount Alexander. Trail bikes are an increasing problem on the Mount, and it’s easy to see where their entry point is, when you look at the sad gate and its even sadder sign: 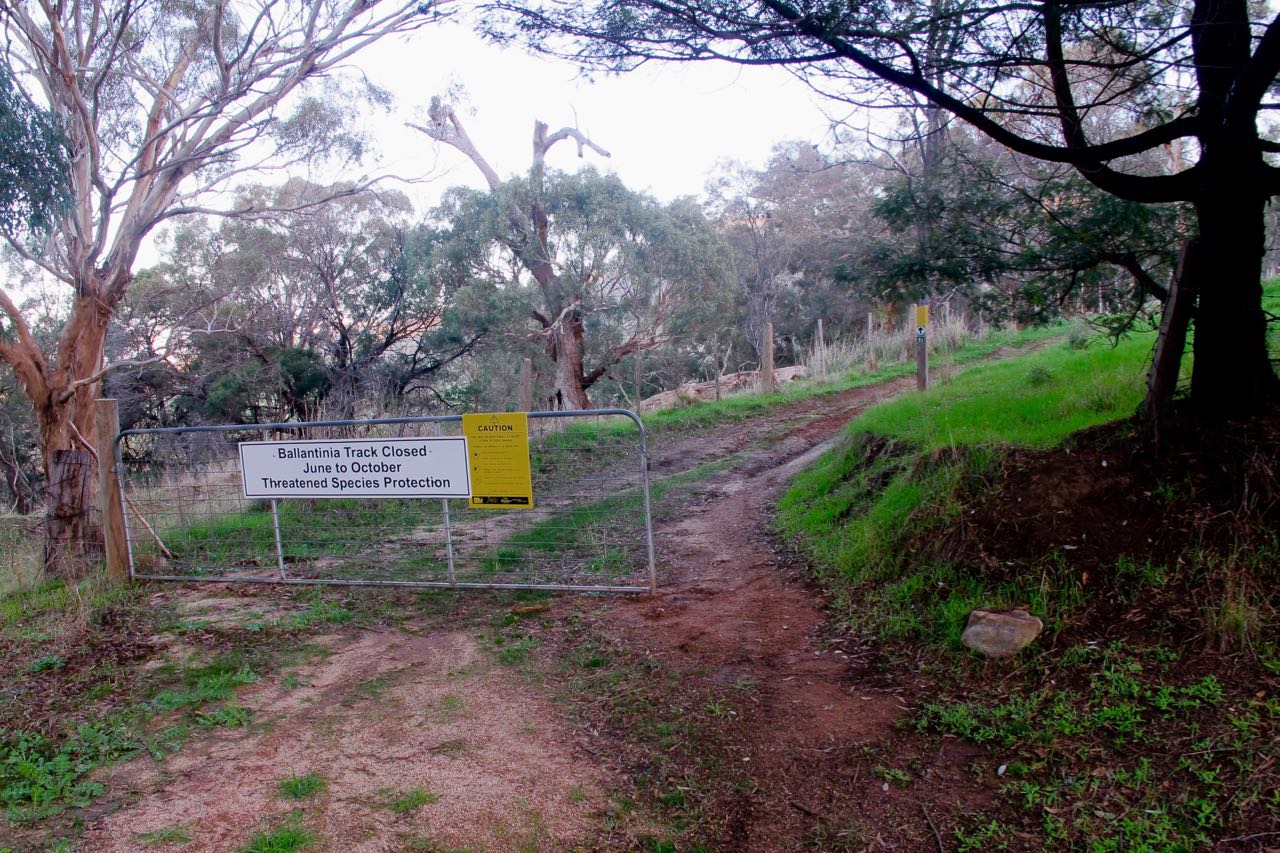 Northern gate to the Ballantinia Track, Mount Alexander, June 2016: when does a gate not actually function as a gate?

FOBIF has written to Parks Victoria asking for the gate to be given a modicum of credibility in the form of an actual closure. We’re waiting for an answer.

Post script June 20: we’ve been assured that the gate has now been fixed. The mystery remains as to why it was in that state for so long.

A sample of bike damage can  be seen below: 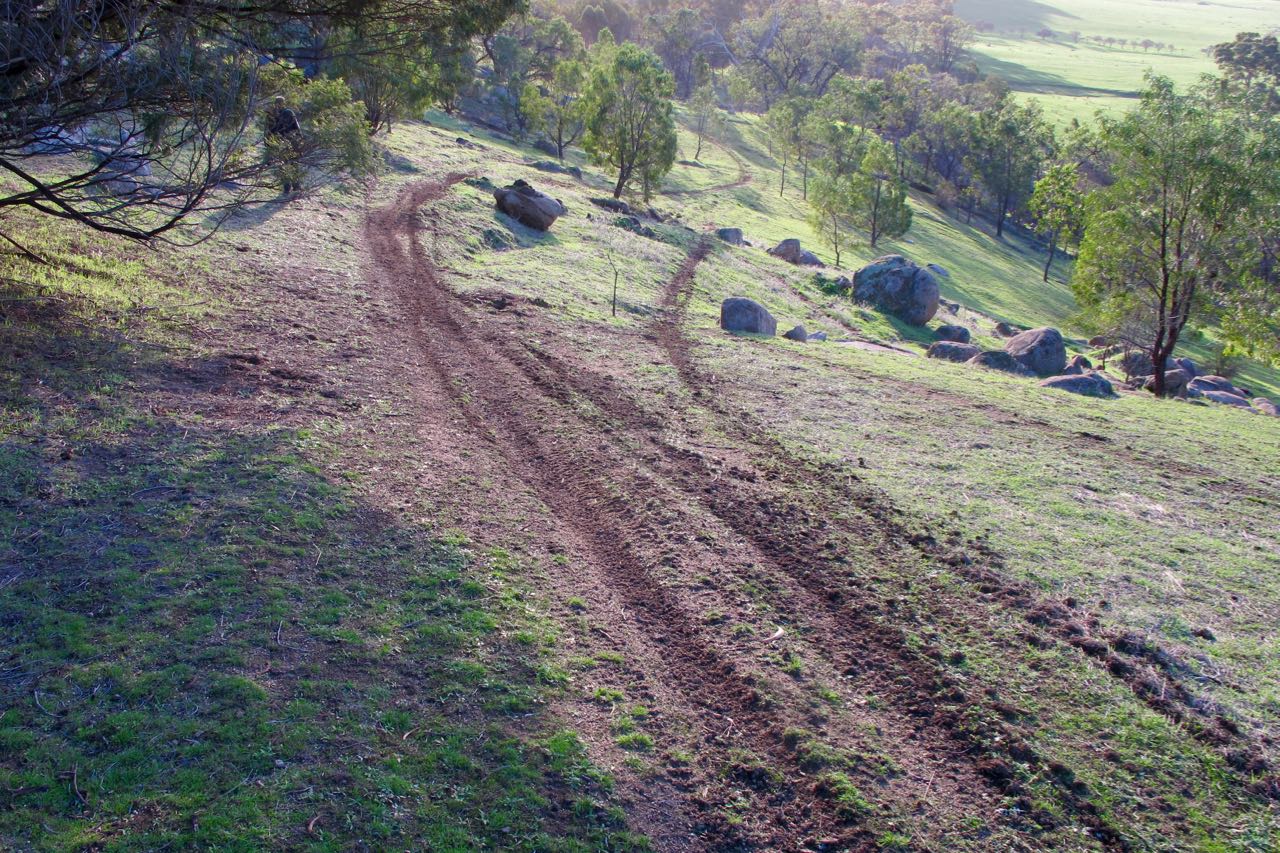 Trail bike scars below the Ballantinia Track: an effective gate might not be the complete solution, but it would be a help.

1 Response to Shut the gate–if you can