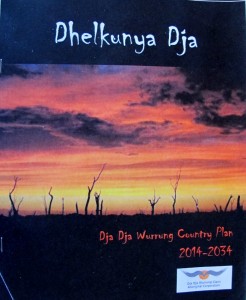 According to the Plan, ‘Eighty-seven per cent of Dja Dja Wurrung country is privately owned, with sixty-five per cent of this used for agriculture. The rest of our Country is a combination of parks, forests and reserves, six of which are Aboriginal Title lands that have been leased back to the Victorian Government under Aboriginal joint management.

‘Along with two freehold parcels granted under our Regional Settlement Agreement, a total of 2.8 per cent of Dja Dja Wurrung Country is owned by Dja Dja Wurrung Aboriginal Corporation.

‘The population of the Dja Dja Wurrung region has been estimated at 120,000 of which it is believed that the Indigenous population is approximately 1,300.’ 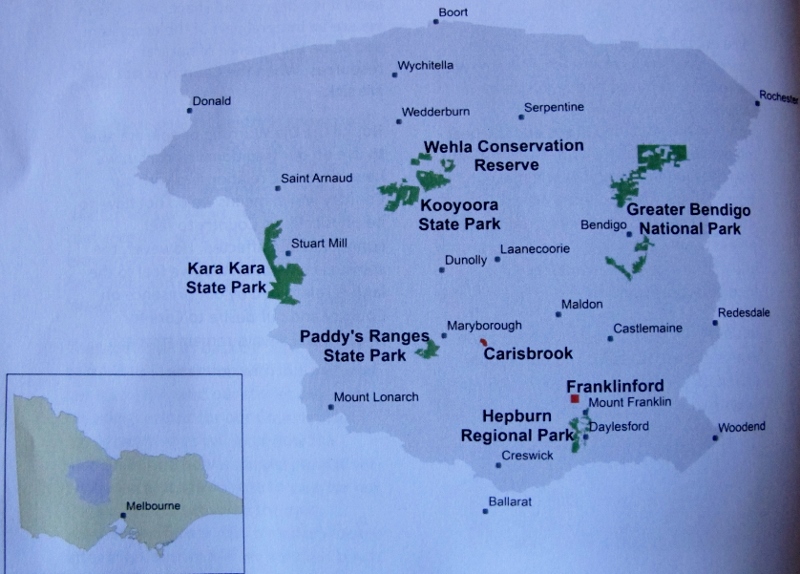 The plan is an important document, especially in the light of a recent independent report offering a glowing assessment of the value of indigenous protected areas elsewhere in Australia. The report, commissioned by the Department of Prime Minister and cabinet, found huge benefits in investment in these projects. According to the Guardian,

‘The report found that between the 2009 and 2015 financial years, an investment of $35.2m from government and third parties generated $96.5m worth of social, economic, cultural and environmental outcomes, and that 28 of 35 program outcomes directly aligned with government strategic priorities.

Oh: and don’t forget to drop into the Castlemaine library to look over the excellent Reconciliation Week display in the foyer–this week only.