Here we go again: Kalimna Park is under attack from rubbish dumpers, and the target area is one that seems to be a favourite: the side track near the Bicentennial plaque, opposite Kalimna Point. 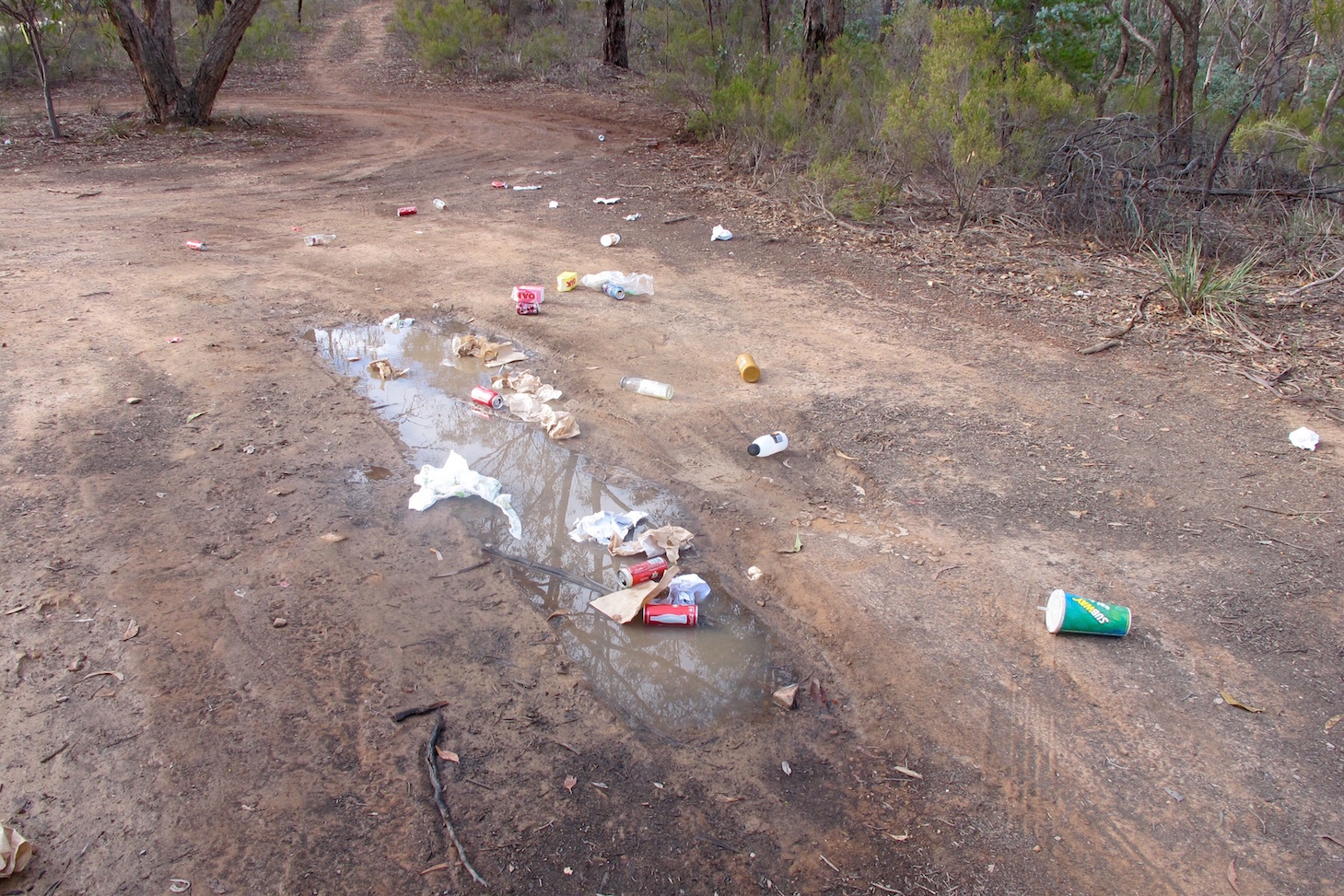 Rubbish strewn over the track opposite Kalimna Point. A couch has been pushed into the bush nearby. This track has to be frequently cleaned by Parks Victoria, at the taxpayers’ expense.

FOBIF  has lobbied the Mount Alexander Shire in the past to make rubbish dumping less attractive by making legal rubbish disposal easier–and we weren’t the only ones. Unfortunately the result has been, no go:  the usual response being that free tipping, or a hard rubbish collection, or free disposal of green waste, are all too expensive.

Now the shire council is looking at the problem afresh, with its Waste and Resource Recovery Plan 2016-2020. This will be drawn up by a reference group, which will consider, among other things ‘community attitudes on waste, recycling and resource recovery, including green waste, organics and hard rubbish collection.’ You can have your say on the matter here,. Submissions close on May 2.

Illegal dumping costs the shire, so maybe some of the ideas regularly put to it ]about tipping concessions, and so on] would be cheaper than the current situation. It would certainly save money for Parks Victoria [that is, the taxpayer], which has to regularly clean up rubbish dumps in the bush. In the case of Kalimna, maybe Parks could consider closing off tracks which are obvious targets for dumping.