A dump here, a dump there, but rainfall is well down

A summer storm caused flash flooding in parts of Castlemaine on Thursday, putting the railway station underpass under water, and creating a brief swamp on the Western Oval, but, like its predecessors, leaving plenty of areas dry. 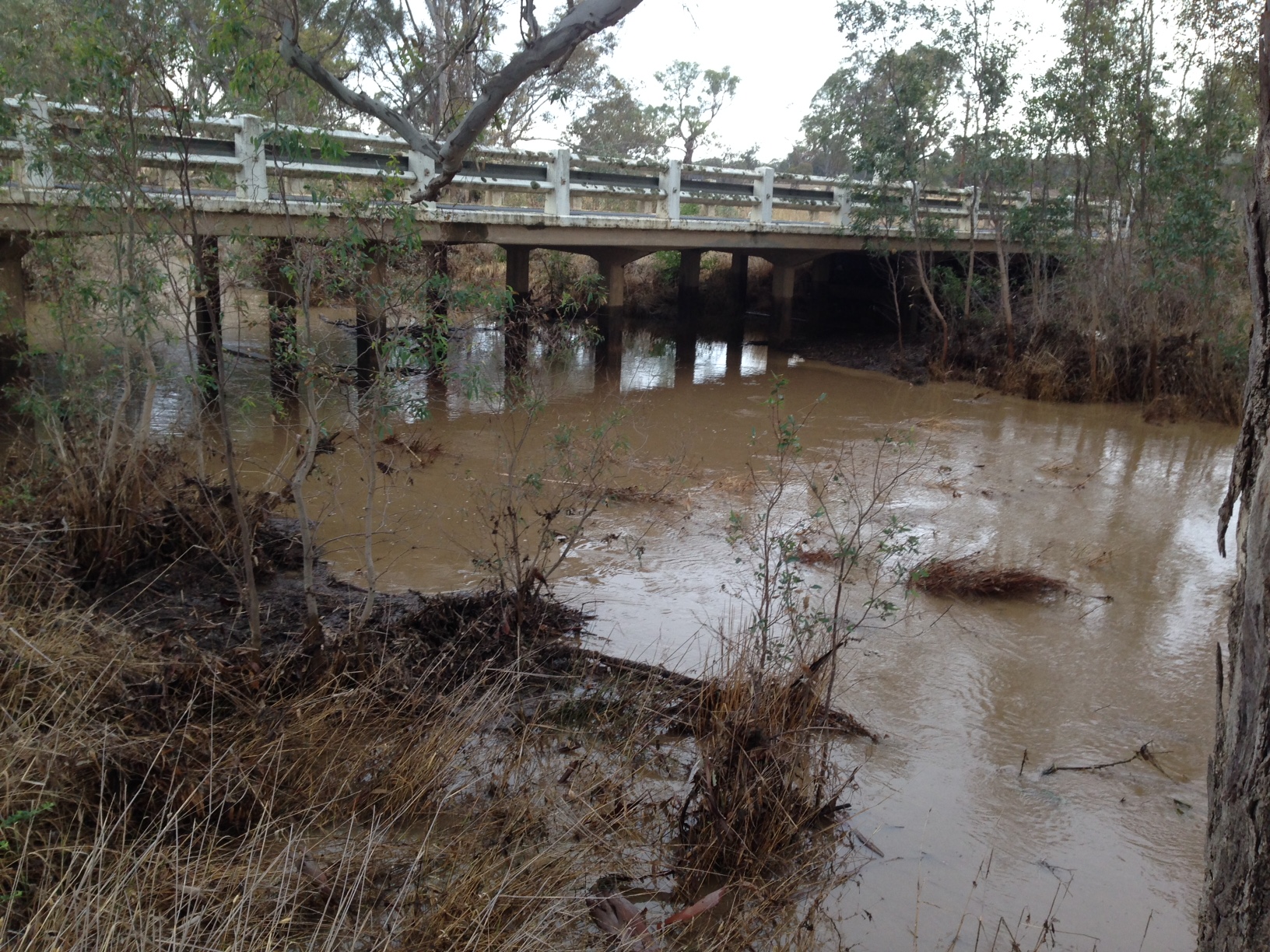 Muckleford Creek briefly risen from the dead at the Pyrenees Highway last Thursday. The creek was off its peak when Alex Schipperen took this photo [the dark line on the pylons shows the high water mark]. Parts of the shire got a heavy dump, others barely a drop: but the overall figures for the last 12 months [and the last 16 years] are dismal.

Figures for 2015, in the mean time, are pretty dismal: 386 mls at the Castlemaine Prison station, against a long term average of about 600 mls. And we’re not alone. According to the Bureau of Meteorology, ‘for most of Victoria, rainfall during 2015 was below to very much below average. The Statewide average rainfall was 505.2 mm, 23% below the long- 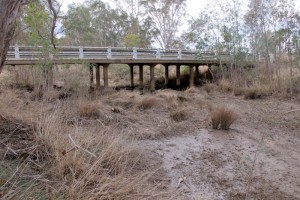 …and the next day…

term annual mean of 660.2 mm’. The good news is that the 2015 El Nino may have passed its peak–but the problem isn’t just of one or two years. As the map below shows, we’re in serious rainfall deficit over the last 16 years. 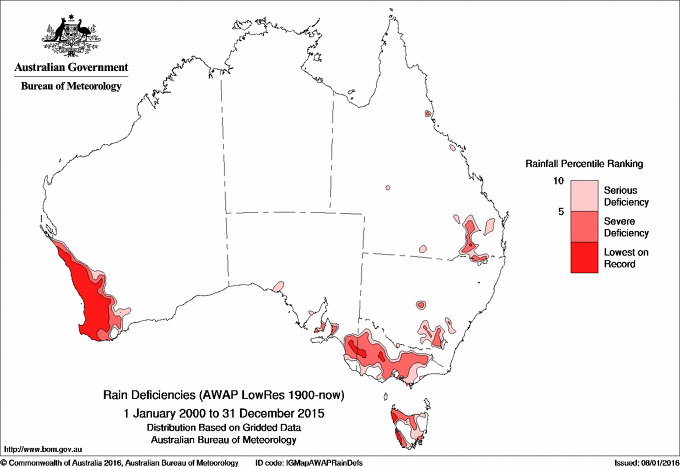 The rainfall shortage, combined with rising temperatures,  has implications for land managers, of course: the challenge to enable bushland to cope with changed conditions involves ‘ramping up many traditional conservation efforts, such as eradicating pest threats, stopping habitat clearing, and the protecting of reserves’, according to the Vicnature Report released today.  The sensible measures in this report do, however, assume a properly resourced land management agency, among other things.