Here’s a reason to celebrate

There seems to be some kind of controversy bubbling about the Australian flag and Australia day in Castlemaine. FOBIF doesn’t get involved with debates of this kind, but we’re always looking for an excuse to celebrate, anyway.

And if we need to commemorate events which took place in 1788, how about this: in that year the Eucalyptus genus was first named for science, and the first description of a Eucalypt species published. 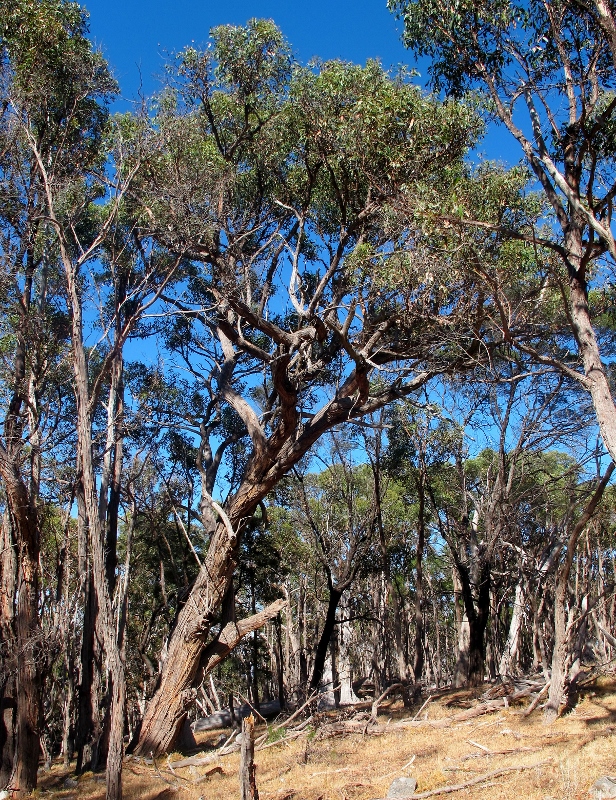 Messmates on Mount Alexander: it’s a tree which can vary in size from a small mallee to a forest giant, depending on conditions. Australians are a pretty variable lot.

Seeds of an unknown species had been collected from Bruny Island in Tasmania on Cook’s 1777 expedition, and taken to England. It took until 1786 for them to be got out and studied, by an amateur French botanist, Charles Louis L’Heritier de Brutelle, who invented the name, Eucalyptus, and called the tree in question, Eucalyptus obliqua—now commonly known as Messmate. The publication in which this was revealed to the world for the first time: Hortus Anglicus, publication date, Paris 1788.

Unfortunately, it seems that scholars have found that the book didn’t actually appear till 1789—but we don’t care. Isn’t it good Aussie practice to accept that near enough is good enough? And if you want to celebrate something Australian, surely  it’s hard to get anything more Australian than a Eucalypt?