Webmaster of the Castlemaine Field Naturalists Club, Chris Timewell, has put the newsletters of the Club from 1976 online. They can be found here.

This archive is a fascinating record of Field Nats observations and reflections on our region over 40 years, and can be dipped into almost at random for interesting insights into the natural scene.

Given that mistletoe is flowering around the region at the moment, here’s an interesting 2003 piece by Ern Perkins, written partly in response to some local calls for the plant to be culled: 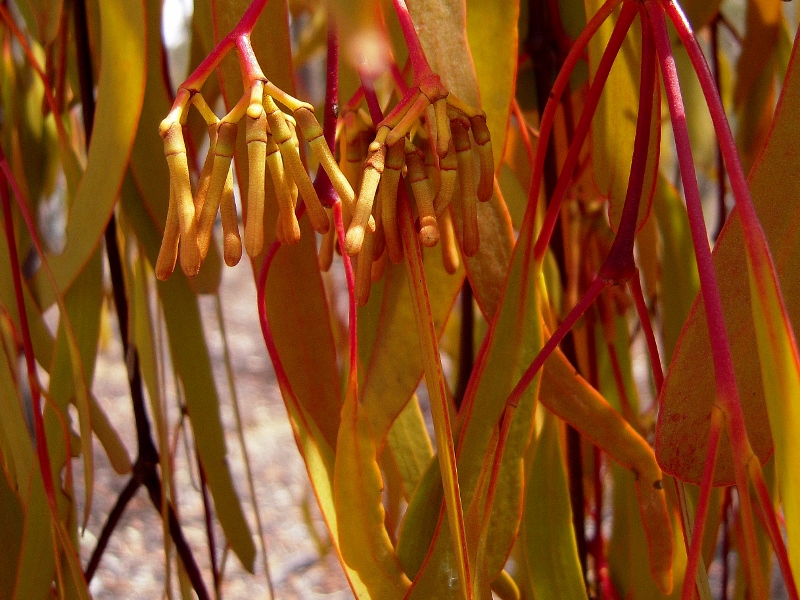 Mistletoe at the Rise and Shine reserve: it’s beautiful, and research and observation shows that it’s not a death sentence for host trees.

‘Research in the ACT shows that mistletoe mostly grows on large, mature trees, and that the density of mistletoes…is positively correlated to the height of the host trees…The study also showed that many of the trees with live mistletoes also carried dead mistletoes…This suggests that some trees have mechanisms to control mistletoes…A study in the Yarra Valley Parklands showed that…of 228 trees under stress, only 4 trees had mistletoes. Other studies have shown that trees with mistletoe grow more slowly. Another study in the Melbourne area recorded 15 eucalypts  which were heavily infested with mistletoe. Of the 15, 13 were assessed as being healthy or slightly dying back. Two were dead. Examination of the two dead trees showed substantial earth works nearby…’